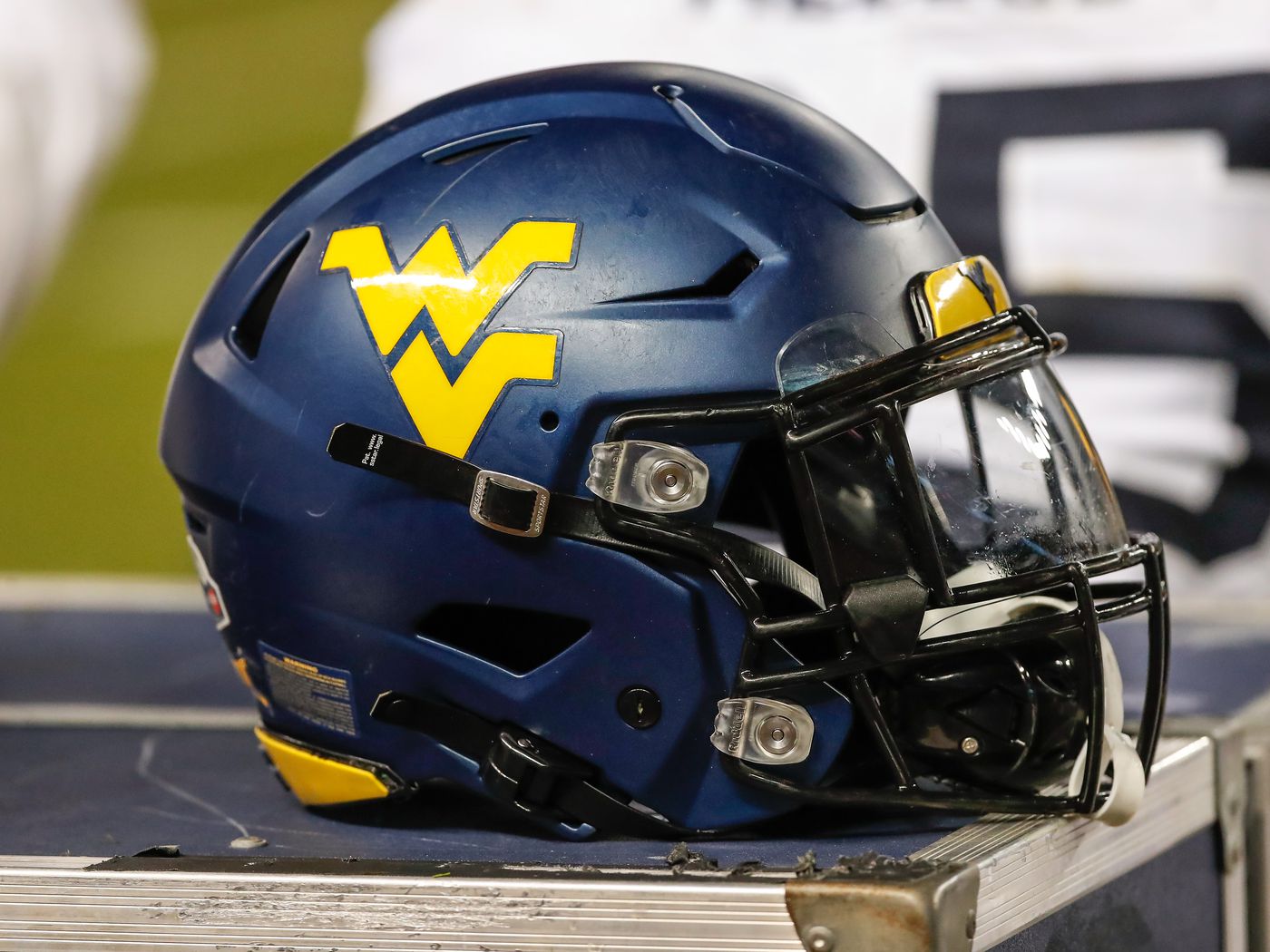 Welp...here we are again. Another season gone, another offseason begins. This was probably one of the strangest seasons I believe I've been a part of as a faithful member of the Smoking Musket, proud fanatic of the team in the Old Gold and Blue. Now, we can talk and argue and debate all we want about Neal Brown and this, that, and the other on why he should or shouldn't be gone, but I believe we've rode that horse right off the face of the planet at this point so, instead, I'd like to present you with my Offseason Wish List.

This one's done. We found our guy, for better or worse, and I happen to think he's going to work out fairly well. Fingers crossed.

I think Jordan Lesley is a stand-up guy. I think he's probably a pretty damn good defensive line coach. I do not think Jordan Lesley should be allowed anywhere near the play-calling, or coordinating, duties of this defense. I get that he's one of Brown's guys, coming with him from Troy, and sticking here while other coaches left and, while loyalty should always be rewarded, you can't just give a guy something he's clearly not ready for. With that being said, let's take a look at some potential replacements for the top spot on the "hittin side."

Let's start with the obvious one that'd be great but will never happen. But this is a Wish List, after all, and my biggest wish would be to have a coach I know personally come back to the Old Gold and Blue. Belk is a familiar name for WVU Fans. He was brought in by Holgorsen, and he not only did a great job on the field, but helped open the doors for the state of Georgia to the Mountaineers. As a defensive backs coach (this will be a common theme), he would also help shore up the back-end of this defense that is a literal hot mess.

Here's a guy with a lot of experience. Haynes has been around football for 30 years, with stops all the way from Bowling Green to the Jacksonville Jaguars, Ohio State, Michigan, Michigan State, Arkansas and more. He's been a part of some really good defenses, including the 2007 & 2008 National Championship games, As well as Rose Bowl and Sugar Bowl teams, all with Ohio State that saw them consistently finish as Top 10 defenses in the country. He oversaw the 2012 Arkansas defense, and was a part of a couple pretty solid Michigan State defenses before joining Minnesota in 2020. Oh...and he has decades of DB experience under his belt.

If we think Fickell is likely to keep Leonhard around to run the defense in Wisconsin, it might be wise to take a trip across the Ohio and have a conversation with Cincinnati's Co-Defensive Coordinator and Safeties coach, Colin Hitschler. Starting at Cincy in 2018 as a Quality Control Analyst, he quickly worked up the ranks to Senior Defensive Analyst in 2019, to the safeties coach in 2020 and 2021, to the Co-DC this past season. In that span, Cincinnati went from being 60th against the pass before taking over as the safeties coach, to 40th in his first year coaching the position in 2020, to 2nd in 2021, and this year were 18th. He's another coach widely considered as a solid up-and-comer. And, in case you've missed it...he also coaches the back-end of the defense.

Schumann is the only non-secondary coach that I've included on this list, but his resume is still pretty impressive, nonetheless. Starting as a student assistant at Alabama (yes, that Alabama), on to become a GA, then Director of Player Development before being hired away by Kirby to become Georgia's inside linebackers coach in 2016. In 2019, he was named Co-Defensive Coordinator to one of the top programs in the country that consistently fields some of the best linebackers you'll find anywhere around. He was also born in my hometown of Valdosta, GA...so there's that.

There's been much malaise among the Musket faithful, and probably WVU fandom in general, about current Offensive Line Coach Matt Moore. A Neal Brown guy, coming with from Troy to be the Assistant-OC, he's had a spotty presence in Morgantown, to say the least. In his first year, WVU averaged only 2.6 yards per carry on the ground. Now, how much of that was due to the state of the offensive line he inherited can be discussed, but the fact remains we have never fielded a Top-50 rushing game (in terms of yards per carry, which I feel speaks better to a run game than total yards since it gives you a per-snap season total of how effective you are) since Moore has been here, though he did make it up to 55th this year. I think we can all agree that isn't good enough. So let's look at some potential replacements, shall we?

Listen, if you want to hire a guy to improve your run game, you might want to start at a place where the run the football well. The first places that come to mind when I think "run the ball" are the service academies. Lobotzke has been at Air Force for the past eight seasons, with the last six as the offensive line coach. During his tenure as the OL coach for the Falcons, they've been in the Top 50 in yards per carry every year, and have averaged over 5 yards per carry the past four seasons, which put them in the Top 20 each season, and was the number one rushing team in the country in 2022. Hard to argue a resume that includes a title of "best rushing game in the country." His wife is also from Ohio, so there are some slight geographic ties to the area, though the man himself is from Cali.

Like I said...service academies. They run the ball really well there. Mike Viti is a Black Knight alum, where he played fullback. We LOVE fullbacks in Morgantown, especially if they headbutt people while not wearing a helmet or take Sooner Souls. Mike viti has been at Army since 2016, where he started as the running backs coach, and has since coached fullbacks as well, As the backfield coach at Army West Point their rushing attack has only once finished outside the Top 50 (55th) in yards per carry, and this year, when he took over offensive line responsibilities, they were 7th in the country, averaging 5.6 yards per snap, finished second to Air Force in total rush yards, and led the nation in 3.4 rushing touchdowns per game. I don't know about you guys but...sign me up for all of that.

As it sits now, WVU has the 29th overall recruiting class in the country, but obviously that will change as kids who have held out until now begin making their selections and signing their letters in the coming weeks. However, this is still nothing to sneeze at. Brown and Co have recruited well in the time at WVU, and should continue to do so. The trick is making sure all 19 of our current commits sign the dotted (or dashed) line, and make their intent official. We have a lot of really talented kids in this class, and we especially need to hold on to our Top Three, those being Rodney Gallagher, Traylon Ray, and Josiah Trotter. Ray and Gallagher will help to ease the blow of losing Ford-Wheaton to the draft, and Trotter is a solid linebacker prospect at 6'2" 230 lbs. I can also personally attest to the abilities of Johnny Williams IV, the 6'7"(!!!) tackle out of Macon, GA. He's a huge body, and he can bring it. That's a huge get for us as well.

And, I don't know about you, but I think it's time we start actively looking at the portal again to fulfill our needs. Not in a passive way, like it has been so far under HCNB, but aggressively. That's right, it's time to re-ignite the lights on the Morgantown Transfer Emporium that was so good to us under the formerly-affectionately-known-as-HC Dana Holgorsen's tenure. There are definitely some interesting options available. Shall we?

There are so many good options here, it's really hard to pick through. And there's no way I'd have time to do so even if I wanted to due to the shear volume of bodies in the Portal. But, I did my best to pick through a few in some areas that I feel may best serve us.

At 6'6" 300lbs, this kid is a monster. The Brookville, IN native was originally committed to Cincinnati out of high school. This past summer he, like so many others, decided to hit the portal and look for better options. He spent time in high school at left tackle and left guard, and when I tell you this kid comes off the ball looking to plow you into the dirt, please believe it. Very physical at the point of attack, but he does struggle in pass pro like most larger linemen sometimes can, especially against smaller, faster defensive linemen.

I know we've got a handful of young and athletic safeties on the roster, such as Burks and Collins. but our back-end needs some serious help, and I'm not scared to go out and find an upgrade if it's available. McDaniel is that guy. Originally committed to the University of Florida in the '20 class, he's projected to be a day three draft pick (for now), but boasts some pretty impressive foot speed and the physicality to go with it. Part of the DMV area, where he won the DC area 55m championship, running a 6.54 (the fastest time in the country that year was a 6.35).

Well, while we're already in the Gainesville area, seems to make sense to me that we go ahead and look at Graham as well. I don't know that I will make it through another season watching Malachi Ruffin get beat repeatedly, and then get beat again. Spells and Lamp will, I think, turn out to be decent for us if we can find a coach who can actually teach them better on the back-end, which to me was a complete and utter mess all season long, but, as stated above, there's no such thing as too much competition. Impressive athletic ability, though not the biggest at 5'10 170. However he's pretty solid in coverage, and a willing tackler. UF tried to transition him to wide receiver once he got on campus, and I'm not sure as to the reason he transferred, but I'll bet he's looking to play a little corner down the line.

Well there you have it. This is the official Willie's Wish List. Let me know who you love, hate, mildly dislike, and all things in-between down below in the comments.