25 Things Mountaineer Fans Need To Forget Before They Die: It Wasn’t The Honey Badger

Share All sharing options for: 25 Things Mountaineer Fans Need To Forget Before They Die: It Wasn’t The Honey Badger

I’m back after a week at the beach - the latter part of which was absolute hell - so naturally it’s time to continue our journey through the dismal abyss that is West Virginia Mountaineers fandom. In case you missed it, I started this thing off with a look back at the supposed future of West Virginia football that ended up fizzling out before it even started as a bit of a light-hearted start to the series.

We’re about to get a little darker.

Let’s talk about the night the entire world watched a single kickoff return completely suck the life out of an entire football stadium.

The lead up and beginning of the 2011 will go down - at least in my book - as one of the most bizarre in college football history. We’re all well aware of the situation surrounding Bill Stewart and Dana Holgorsen that eventually led to Stewart “resigning” and Holgorsen taking over in June, a year earlier than we all anticipated. It also brought us the ridiculous four hour weather delay in the West Virginia’s season opener against the Marshall Thundering Herd, a game that would eventually be stopped early in the fourth quarter with the Mountaineers claiming a 34-13 victory to give Holgorsen his first win as a head coach. On a larger scale, 2011 also brought with it the beginning of the conference realignment apocalypse - which we will talk more about at length in the near future. How does next Tuesday at 4:00PM sound?

Throughout all the bizarre and ridiculous happenings, there was one thing that was constant - the West Virginia Mountaineers had a really solid football team together and looked like a force to be reckoned with under Dana Holgorsen. The Mountaineers followed that game against Marshall up with a dismantling of the Norfolk State Spartans and a nail-biter against the border rival Maryland Terrapins. West Virginia had everything going for them heading into the fourth week of the season; a top 20 ranking, a rejuvenated offense that was capable of scoring more than 35 points, and some clout on the national stage. 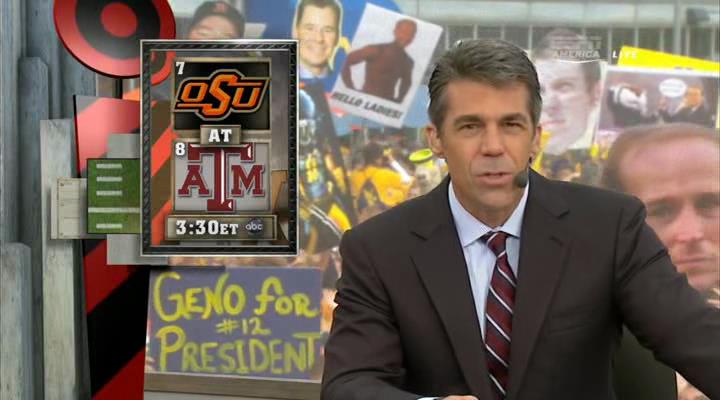 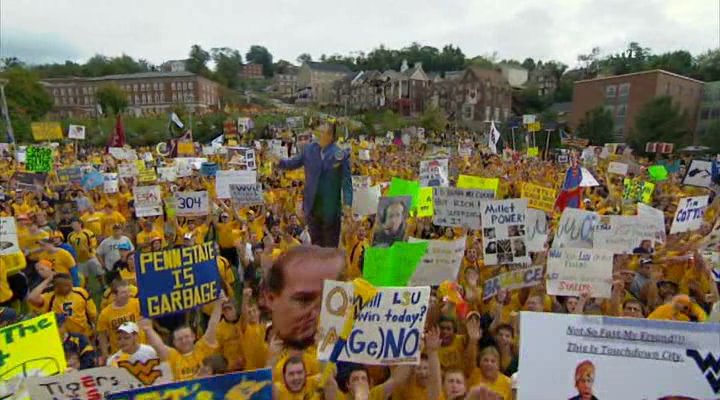 The buzz around the West Virginia program had reached palpable levels at this point, which led to ESPN bringing College GameDay to Morgantown - for the first time ever - for the Mountaineers’ showdown with the No. 2 LSU Tigers on September 24th. The storylines were almost too good to pass up. West Virginia would be out for revenge after tripping over themselves in Baton Rouge the year prior, Pittsburgh and Syracuse had just announced their departure from the Big East the previous Sunday and the Mountaineers were eyeing a possible SEC invite if reports were to be believed. The stage was set for the Mountaineers to take on one of the SEC’s premier teams in a night game in Morgantown to prove their worth to the Southeastern Conference (and any other conference that would get them out of the failing Big East).

The pre-game show began with a rousing rendition of the Star Spangled Banner performed by America’s Got Talent winner and West Virginia native Landau Eugene Murphy Jr. 60,000 West Virginia fans whipped their version of the Terrible Towel provided by YellowPages.com around in a frenzy as the Mountaineers took the field to a remix of The Ecstasy of Gold, Wolfmother’s “Joker and the Thief” and Kanye West’s “Power”. The stage was set for the Mountaineers to prove we belonged in the upper echelon of college football.

LSU jumped out to a 13-0 lead before Geno Smith hit Stedman Bailey with a a quick pass to the left sideline, allowing Bailey to shake LSU cornerback Mo Claiborne out of his shoes and walk into the endzone. LSU would go on to mount a 27-7 lead heading into the locker room at the half, but the Mountaineer fans in attendance were every bit as raucous down 20 points as they were to start the game.

West Virginia’s defense tightened up in the second half and held LSU to a missed field goal on their opening drive, allowing Geno Smith to begin mounting a Mountaineer comeback. Geno would find tight end Tyler Urban in the back of the endzone to put West Virginia within two possessions. Jeff Casteel’s defense answered the call again, forcing LSU to punt on their ensuing two possessions. West Virginia would capitalize on the defensive performance late in the third quarter when freshman running back Dustin Garrison carried the ball in from the one yard line to put the Mountaineers within an arms reach of knocking off the No. 2 ranked team in the country.

What happened next is something that I’m not even sure I can begin to describe effectively. Milan Puskar Stadium reached a fever pitch unlike anything I’d ever seen before. While The White Stripes’ “Seven Nation Army” blared over the PA system, the ground literally began to shake as 60,000 gold-clad Mountaineer fans jumped up and down in what can only be described as pure pandemonium. West Virginia had all the momentum, and the Tigers looked to be on the ropes.

That is, until this happened...

Corey Smith’s 69-yard kickoff went directly to Mo Claiborne who ran it back 99-yards - almost entirely untouched - for a touchdown, completely sucking every ounce of air out of Milan Puskar Stadium. I’ve never felt a more deflated atmosphere than I did standing in Section 102 that night. LSU rolled on to a 47-21 win that night, as the Golden Band from Tigerland played “Neck” approximately 9,001 times in the fourth quarter.

“Seven Nation Army” became the most cursed stadium song in all of college football that night, and still haunts us to this day.