Recap: Game Four - Back To The Drawing Board

Maryland used field goals, Mountaineer mistakes, and a little luck to get the win.

Share All sharing options for: Recap: Game Four - Back To The Drawing Board

Without a doubt, this is one of the most frustrating losses in recent memory. Considering how well the defense played, it's even more frustrating. Being down 30-0 at halftime isn't a place WVU finds itself too often. Again, I like the way the defense responded. But the offense needs to go back to the drawing board to find it's identity. Let's recap the flow of the game and look at a few plays and how they shaped the outcome. Use this video as a reference.

Everything is going just fine through most of the first quarter. Defense is outstanding and the offense hasn't given anything away. Nick O'Toole is being his usual awesome self. Then, with just under 6 minutes to play in the first quarter Carswell fails to catch the Maryland punt. He also made no attempt to get out of the way when he knew he wasn't going to catch it. I'm sure the rain had something to do with it if he couldn't see the ball. But what gets me about the play is that he starts on at least the WVU 40 yard line and backpedals to the 25 before deciding he can't catch it.

You can't see where he was standing when the ball was kicked. But it looks like he was at least at the 40 at that point if not closer to mid field. Coaching has to be part of the problem since the ball was spotted at the MD 23 for the punt. At best, our punt returner is standing 37 yards off the line of scrimmage? When you start out bad, bad things usually happen. And they did with our first turnover of the game.

Maryland takes over at our 24 and needs three plays to score a touchdown. On the touchdown pass, Jared Barber tips the ball and nearly comes away with the interception. However, the tip actually makes it much easier for the Maryland player to make the catch. As many times as I've watched that play, I think it might have actually gone incomplete had Barber not tipped it. Never the less, 7-0 Maryland.

WVU takes over with 4:41 left on the 1st quarter clock and gets into a 3rd and 12 situation. We line up with three receivers to the right side of the formation, one to the left, and Dreamius Smith in the backfield. Maryland counters with three down linemen and two linebackers filling in the gaps in two point stances over the guards. Three of the five Maryland defenders slant to the left side (offensive right side of the ball) and the right defensive end and weak side linebacker stunt. Pat Eger completely whiffs on his block and Smith steps to his left to block the weak side linebacker. Childress lofts a pass to the out route and it results in a pick six. Childress seems locked in on the out route and still pulls the trigger a second too late. What someone in the booth should have seen is that the left side of the field is almost completely unprotected and begging for a dump to the running back. To my knowledge, we never tried to expose this. The quarter ends after WVU and Maryland trade punts with WVU down 14-0.

The Mountaineers start the second quarter with a three and out and Maryland takes over after the punt on their 34 yard line. Before the first play of the Terps drive, the Mountaineers are penalized 5 yards for a substitution infraction. How the hell do you do that? Maryland gets one first down on a 30 yard pass and then has to settle for a 50 yard field goal. Hats off to Maryland's kicker for hitting that in those conditions. The quarter plays out mostly with WVU punting two more times and Maryland kicking two more field goals, 23-0. With 1:35 left, WVU gets the ball on their own 10 after a holding penalty during the kick return. What happens on first down pretty much sums up the entire day for the Mountaineer offense.

Maryland rushes three and puts 8 back in coverage. Our left guard and tackle take on the right defensive end. The center and right guard take on the nose guard, and our right tackle takes on the left defensive end. All the while, Dremius Smith has the best seat in the house. With the right defensive end looping all the way around the line to make the eventual interception, the left side of the field was once again wide open for a dump off. I mean, Dreamius Smith in the open field is advantage WVU most of the time. Even if we don't score on the drive, it gives the other team something else to think about. Instead, the right defensive end makes an impressive play to bat the Childress pass and make the interception. Three plays later, Maryland scores on a one yard touchdown run. 30-0

The third quarter wasn't much to look at, as neither team did anything of significance without all so giving it away. It was quite the punting clinic, though. There were punts of 41, 49, 64, and 50. I'll say it, Superman wears Nick O'Toole pajamas. 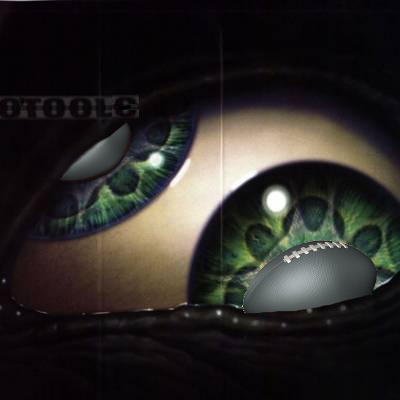 Much like the third ended, the fourth started with both teams fumbling. Afterwards, Maryland makes it's only real TD drive of the game, going 89 yards on 14 plays. After that, there really wasn't much left on the clock. And that was a good thing.