It's a barometer game for both teams looking to find out who they are after mostly games against inferior competition.

The Mountaineers head over to Baltimore this weekend to take on the Maryland Terrapins at M&T Bank Stadium (Baltimore Ravens Stadium). Historically, this has almost always been a barometer game for the Mountaineers and has all the makings of it being one again.

After two lackluster offensive performances, Coach Holgorsen made the switch to redshirt freshman quarterback Ford Childress. He and the team performed well (mostly), but given the level of competition faced against Georgia State, we still don't have a full grasp on what we have.

That all changes this week with a vastly improved Terrapin team. Maryland is led by dual threat quarterback C.J. Brown and Stefon Diggs (who lit up the Mountaineers last season). They also have former Mountaineer Deon Long as a threat at receiver. Brown is a guy who must be kept in the pocket by the defense, but on the occasions he's flushed, our linebackers must be able to get him out of bounds or down quickly. The receivers have been putting up gaudy numbers against less than ideal competition, but don't kid yourselves, they are more than capable of huge plays. WVU should have an advantage up front on the lines, but we must be able to get pressure and contain once Brown starts to move.

The Mountaineer offense will have it's hands full as well with a Terrapin defense led by the linebacking duo of Marcus Whitfield and Yannick Cudjoe-Virgil who are among the leaders at sacking the quarterback this season so far. Tyler Orlosky is back at center allowing for more combinations along the offensive line, especially with Eger playing along side at guard.

Our running backs (Smallwood, Sims & Smith) will get their carries but Alford, Shorts, White, McCartney, Myers and Carswell need to take advantage of opportunities against a banged up Terrapin secondary who have last week's starters out with injuries. Drops have to be limited but the receivers should be able to make plays if Childress can make decisions quickly and the offense as a whole can handle the steady diet of Cover "0" they're likely to see.

Both teams have faced less than stellar competition in two out of their respective three games each. I would hope to think that Oklahoma is more than a bit better than UConn, so one would think the comparison there would go in WVU's favor. But with this series, comparisons can be tossed out of the window. Maryland is looking to end their seven game skid to WVU and WVU is looking to prove to the nation that even with Geno, Tavon and Stedman are gone, we can still do offense (and the defense has improved as well) with the best of 'em. This one may come down to who wants it more.

See you in B-more...and don't forget your shades to combat looking at Maryland's uniforms. 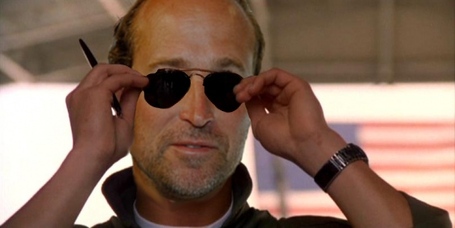 Television coverage is being provided by ESPNU at 3:30 pm ET.