Imitation is the sincerest form of flattery. The Pensblog does a recap of every game and I figured we should give it a go. Also, Yuengling Oktoberfest is delicious. That has nothing to do with the game.

Last year was the personification of why we can't have nice things. Huge hype, huge personalities, and huge exposure were surrounding a team that came off a record-breaking performance in a BCS bowl game. What happened Saturday would be more understanding if it was 2012, not 2013. When you're coming off of a disappointing season after an even more disappointing bowl game, you would think the new 2013 West Virginia Mountaineers would come out fired up to show that this program is still competitive. Perhaps one would/should hope such optimistic thoughts rather than think them.

Th fan base viewed this William & Mary matchup was looked to being a warm up for the much anticipated Week Two trip to Norman and it certainly seemed the Mountaineers felt the same way. Ignoring the FCS upset warnings coming out of East Hartford and Manhattan, Coach Holgorsen's team came out firing the first drive then sleepwalked into the second half. After a halftime speech that I assume sounded like this, the Old Gold and Blue took the field with a little more purpose and rallied to win the game. Let it be said that if W&M had a pinch more talent and composure, Holgo Crew could be 0-1 going into Oklahoma. 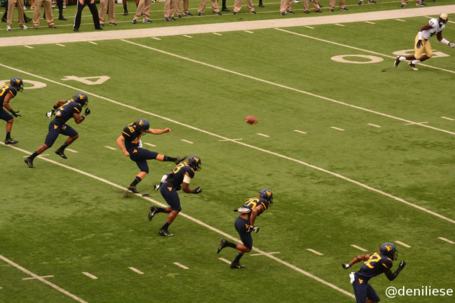 The Tribe received in the first half and went three and out. Paul Millard and the boys drove 67 yards in 2:23 capping it with an 11 yard run straight from the And 1 mixtape that is Charles Sims. On his way to his first TD as a Mountaineer, I'm pretty sure they had to cart off two defenders after his juke gave them whiplash. This kid is the real deal. 7-0. 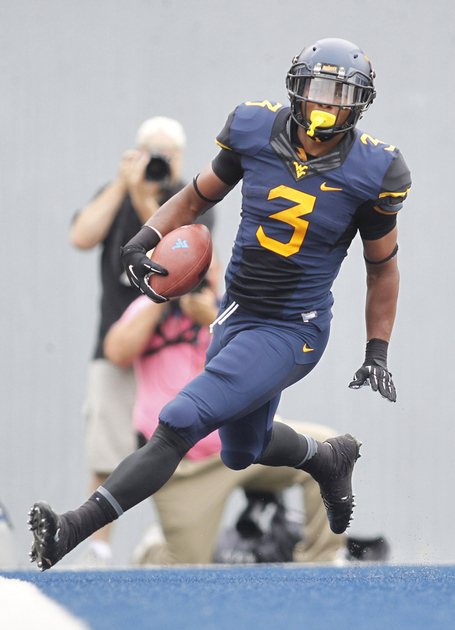 That was the end of fun for the first half and we were only 5 minutes into the first quarter. The W&M drive ends in another three and out and WVU takes over at their own 27. There was a holding penalty, but Paul threw some nice passes and got it down to The Tribe 38 before the drive stalled. At that point, in the first WTF moment of the game, Holgo trots out K Josh Lambert to attempt a 55 yard field goal. Not even close. I thought HCDH was just messing around but then I remembered he's done it before.

At this point, W&M start getting something clicking and then throw a 40 yard bomb out of nowhere to put them 1st and goal on the 3. Tribe find paydirt on 3rd down play action pass. 7-7. 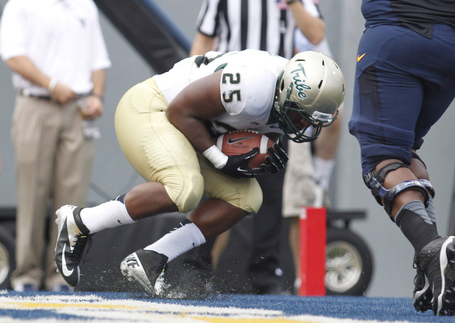 WVU has no response. Put a few plays together but still end up punting with Nick O'Toole putting W&M back onto their own 11. More on him later.

W&M start to click. The Tribe convert two third downs on their way down the field including two passes of 19 and 28 yard gains to put themselves in scoring position. Again, 3rd and goal, QB Michael Graham punch it in. First game of the year against an FCS opponent and WVU is down 14-7.

How do the Mountaineers respond? Clint "hot dogs or legs" Trickett takes the field as QB and immediately goes three and out. Nick O'Toole boots the ball from the WVU 31 to the W&M 21. The Milan Puskar Stadium crowd approves.

This quarter took forever because no one could move the ball. W&M three and out. WVU three and out (which O'Toole punts the ball 57 yards.) W&M three and out. Then dumb happened. Paul gets sacked and fumbles to put W&M within range to score before halftime. They can't get into the endzone, but do hit a FG. 17-7.

Eers get the ball second half with Paul at the helm and get the ball moving handing it off to either Sims or Dreamius Smith. Critical 4th and 1 was converted in field goal range to keep the hopes alive for 6, but the TD never game. Josh Lambert, however, did cash in on a 22 yarder. 17-10. 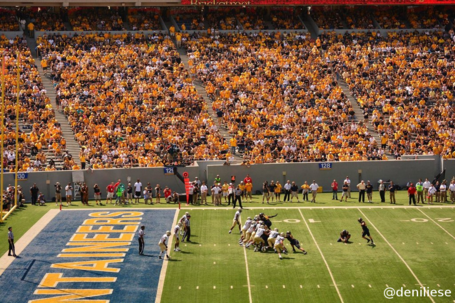 W&M respond with a dumb penalty. On a 2nd down, #15 Zach Fetters completely cheap shot a WVU defender and cost his team 15 yards. The Mountaineer Faithful started to get back into the game and, whether it was from noise or miscommunication in some other form, W&M takes a timeout to dodge a delay of game penalty. The home fans really start letting them hear it and W&M fails to climb out of the hole. Paul Millard gets one yard curl to Ronald Carswell to get the first down. This and the Mountaineers running attack really all game long suck in the safeties. Next play, Millard takes what the defense gives him. It's a 69 yard play action bomb to speedster WR Ronald Carswell. To the house. Game on. 17-17.

The Tribe aren't done. They fire back with a few first downs including a 40 yard pass to Tre McBride. The quarter ends awaiting a 42 yard FG attempt from the right hash.

Missed it. Mike Vanderjagt type hook. WVU gets a nice run wiped out because of a Cody Clay chop block. End up punting from the WVU 27, O'Toole launches this ball of his foot, it bounces off the Metlife blimp, and lands 56 yards down field where the coverage team is ready for the tackle at the W&M 22. Some people don't appreciate quality punting, but this fan base has seem some very sub-par special teams play over the past few years and flipping the field like that is worth a mustache's weight in gold.

W&M get a few first downs and advance to midfield only to have a decent punt themselves. Unfortunately, Jordan Thompson looked to have misjudged the kick while he's standing on the 10 and the ball hits on the ground in front of him on the 20. Either way, Thompson lets it go and the ball rolls to the 6. Both teams putting on a punting clinic. That's especially true when WVU goes three and out on the 6 and O'Toole unleashes hell on the ball one last time. McAfee would be impressed with the amount of boomstick that was on display, especially after O'Toole kicks this from his own 2 yard line and the returner is tackled at the W&M 25. Magnifique. This was on my Facebook feed by the next day: 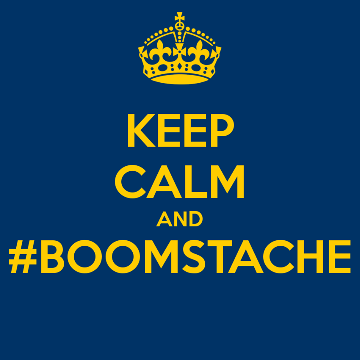 WVU defense holds when they needed to... which was the entire second half. Huge three and out forced W&M to put with 9 minutes left and the kick only gets to the 50. The Eers slowly and methodically give the Tribe a dose of Charles Sims and Dreamius Smith. West Virginia never sees a third down on this drive eating four minutes and having Wendell Smallwood punch it in from two yards out. 24-17. 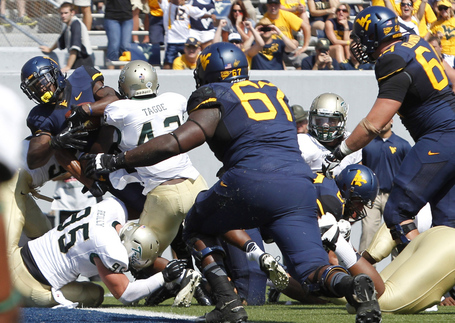 What does William and Mary do to rally the comeback? Throw it directly to Darwin Cook. Ball game.

- Mario Alford and Jordan Thompson didn't get to see much of the ball. Wouldn't be surprised if that's by design to not show a lot of the playbook against OU.

- Didn't see one Holgo signature touch pass. Refer to the first point as for why (probably.)

- Had someone describe Paul Millard as a good game manager. There are no better words for it. He made some good decisions and seems capable for the job.