On the occasion of West Virginia's 150th anniversary of existence, here's a few reminders of some things to be proud of. 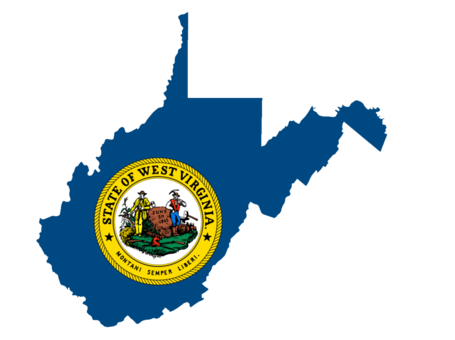 Today, our great state celebrates 150 years of being the BEST Virginia. To put it another way, the best part of Virginia went West in 1863 (stolen from a creative fan sign during the Tire Bowl). We're proud to call this great state home.

We have many natives that have gone on to great things, from Chuck Yeager breaking the sound barrier, Mary Lou Retton stealing the country's heart with a gold medal and infectious smile, to Don Knotts and Bob Denver creating laughter for everyone to enjoy. Mrs. Affleck made us all proud on a Conan appearance. Music industry? We have that covered too:

Brad Paisley's"Flying WV" guitar will be officialy displayed at WVU Alumni Center with an unvieling on April 21 pic.twitter.com/tlhWtupL

We have famous WVU alums who made names for themselves in the NFL and NBA: Chuck Howley, Sam Huff, Darryl Talley, Hot Rod Hundley, Rod Thorn to name a handful. Can't forget "The Logo" though, can we? We also have a future Hall of Fame basketball coach at the University right now in Bob Huggins who promotes and supports the state in any way he can, whenever he can. We can also point to, with pride, at the latest Mountaineers who are attempting to make their way in the pros: Tavon Austin, Geno Smith, Stedman Bailey and Kevin Jones to name just a few.

Athletes and coaches from West Virginia make us proud even at other universities and teams. Nick Saban anyone? Roll Tide, indeed. Jimbo Fisher at Florida State and yes, even another one pretending to be a cowboy in Arizona. Don't forget Mike D'Antoni coaching in the NBA. And even though we aren't bothered about playing them, there is something to be said about the other university in West Virginia, Marshall, that suffered and recovered from one of the greatest tragedies in sports history. 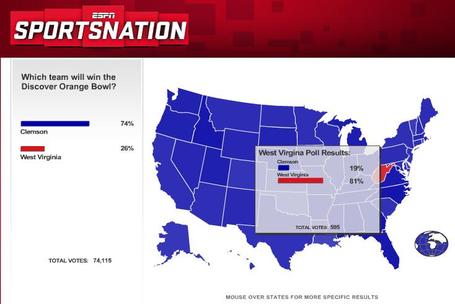 And that wasn't the only time, was it, JFlow?

He's from Maryland, if you weren't aware, which leads me to my next point. There have been many people (and not only athletes), from all over the country (and world for that matter) who now know what West Virginia means. We have a native Alabaman in Pat White who coined the phrase "once a Mountaineer, always a Mountaineer." There's also a native of Wisconsin who gave this memorable interview:

I know I've left off many from this list of examples (feel free to add any you feel need to be remembered to the comments), but it certainly wasn't intentional. I just wanted to give everyone a small reminder of the great things this great state means to many of us, including those who weren't born here.

I'll leave you with this quote by the great Jerry West:

"That place laid the foundation for who I am. A lot of outsiders make fun of it and say negative things about West Virginia..... F@#$ them."