The West Virginia University men's basketball team travels to Columbia for the Big 12/SEC Challenge matchup against the 7-0 Missouri Tigers at 7PM.

Decided to go against the usual Twitter fun because Mizzou has a player named Jabari Brown. More like Jabroni. 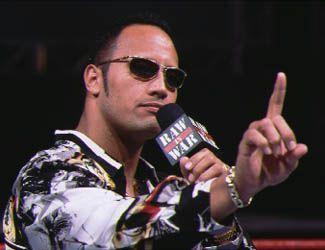 "Wow, that was this a cheap way to somehow get The Rock into the preview." Yep and I don't care. Know your role.

The idea that WVU out-rebounded their last opponent by 40 is both incredible and in no way going to be a reiterated feat against Missouri. While Missouri is a good team, they haven't played much of a schedule. In today's Staring Down the Musket article, CapnCribbs of Rock M Nation was asked about this.

CapnCribbs: A team with a dominant big man and decent three-point shooting will be a bit of a problem for this young team right now. Our post play (offensively AND defensively) has left a lot to be desired as we're still hoping Keanau Post and Ryan Rosburg (who is improving) will step up and be our go-to guys. As far as the shooting goes, we seem to have trouble rotating the defense when the ball moves around the perimeter, but I attribute that to having young players who just need experience in communication.

HAY. WE HAVE THAT.

That will definitely be a factor to this game, but won't win it outright. The Mountaineers have to battle against their bigs Keanau Post (?) and Ryan Rosburg and minimize second chance points. To beat a good team on the road, you can't let them have more than one shot and you have to make your foul shots. WVU was 19-22 at the line against Loyola, so let's make this a thing.

The hell with it. Let's all get irrationally excited about basketball this year and have some steam going into Tuesday's Gonzaga game.