The West Virginia Mountaineers basketball team regroup after another painful loss to Purdue to travel down I-79 for the not Capital Classic in Charleston against William & Mary. Prediction: bad rims.

Share All sharing options for: WVU - William & Mary Preview: The Not Capital Classic

This man's last name is Shaver. 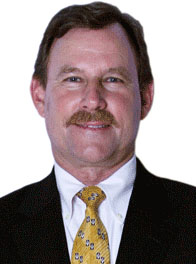 William & Mary has good pieces, but shouldn't get anywhere close to WVU in this game. Then again, the Charleston Civic Center has a funny way of negating that fact and still making it a contest. The Tribe get a huge portion of their offense out of three players: guard Marcus Thornton, forward Tim Rusthoven, and shooting forward Omar Prewitt. Between the three, Thornton, Rusthoven, and Prewitt average 47 points a game, more than half of W&M scoring on the season.

None of that should matter. WVU has been dumptrucking bad teams all year, except the last one they played in Charleston. This game will either be not close or exactly the way Marshall went: behind all game and pull it out in the end.  Either way, it ends with a W for the good guys. That being said, I'm favoring the blowout.