Tis' the Season for Mountaineer Hope!

Mountaineer Chuck puts his training to use in the hopes of putting us in the holiday Spirit.

Share All sharing options for: Tis' the Season for Mountaineer Hope! 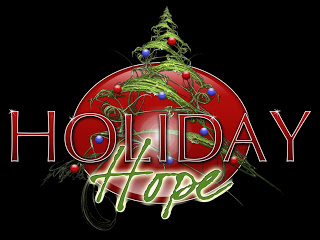 This Sunday is the first in the Christian tradition of Advent, the four-week lead up to the celebration of the birth of Jesus ("eight pound, six ounce, newborn baby Jesus, in your golden, fleece diapers, with your curled-up, fat, balled-up little fists pawin' at the air.") It’s in that spirit that I’m going to attempt to morph the terminology of the season and my faith into language that communicates the almost religious fervor with which I follow Mountaineer Sports.

The "catholic" (universal) church has historically celebrated the concept of "Hope" on the first of the four weekends that precede Christmas. Theological "hope" isn’t like the vernacular "hope" of my childhood – as in, "I hope I get some good presents this year." No, the "hope" celebrated during Advent is akin to that feeling of excitement that comes when my two-week vacation is nearing. The certainty of this upcoming reality gives me a sense of "hope" and picks up my spirits.

In advance of the holidays, and as I look forward to the New Year of 2014, I have reason for hope with regards to West Virginia athletics. I have a reason beyond "I hope we’ll be good next year." I have a solid justification for being confident that good things are ahead for West Virginia Athletics.

So what is it? From where does my WVU hope spring? Quite simply, even in 2013 when our basketball team and football teams were in the dumper (football losing to Kansas & last season’s basketball team losing to everyone), the leadership of our athletic department and all of our coaches have given me hope. Contrary to what Miffey Fucfari spews in his vitriolic whining about how things aren’t what they used to be when he had Ed Pastidong on speed dial, Ollie Luck is THE MAN!

My boss (WVUIE97) has given thanks for him and Smitty has detailed a comprehensive list of his accomplishments. However, Christmas came early for me when Luck wasn’t hired by Texas. The fact that the highest paying Athletic Department in the country (with its own ESPN Network) thought highly enough of Luck to make him their first runner up, should tell us how fortunate we are to have him.

While Huggins is a master-coach and Holgy certainly has great potential, it is also our coaches outside of men's football and basketball that reinforce my well-placed hope. Our women’s and men’s soccer coaches are two of the best in the business and their players are demonstrating this on the field. Specifically, this fall our women won WVU’s first Big 12 Championship.

Our new baseball coach is "opening up a can" on the recruiting trail, in part because we’re soon going to have one of the most amazing college baseball venues in the country. On that note, our facilities are getting the upgrades they need – including the basketball facility that is already attracting an even more athletic type of basketball player to Morgantown.

What the happy coaches and upgraded facilities assure me of is that our Athletic Director knows what he is doing. He knows when things are bad and can be fixed, and knows when things are bad and cannot be fixed. And he knows better than I do...by a bunch! That’s of great comfort to me. Coaches may come and go, but Oliver Luck is the foundation of great expectations and confident assumptions for 2014 and beyond.

(Mountaineer Chuck has an M.A. in Theology to go with his Journalism degree from WVU. He enjoys the Christmas Season and Talladega Nights: The Ballad of Ricky Bobby).