Freshman guard Marcus Smart is one of the headlines for this Cowboys team being absolutely electric with immediate contribution in his first year and very high in contention for Big XII Freshman of the Year. There's one thing that makes him stand out over most players on the court and it's not necessarily his play. This man sports a fade and it is... well..... 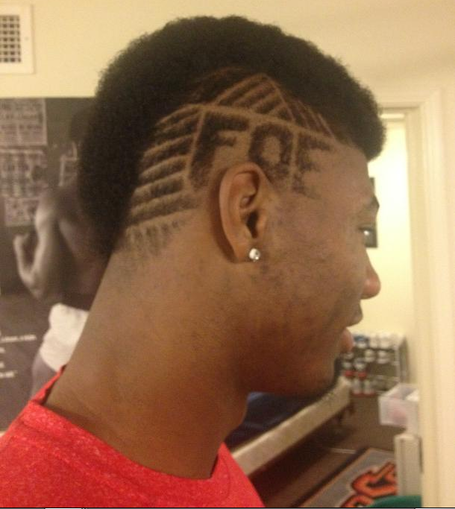 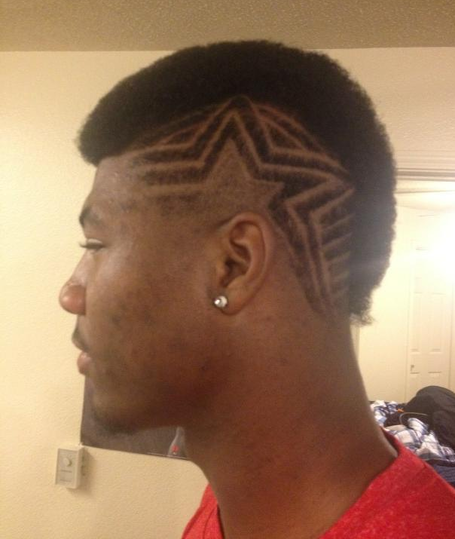 Whatever, man. Do your thing.

The Cowboy backcourt of Markel Brown (junior, 6-3), Marcus Smart (freshman, 6-4), and Phil Forte (freshman, 5-11) are young but versatile and the source of a majority of the OSU offense. Between the three, the starting backcourt averages 40 points a game and that is exactly where this game will be won by Oklahoma State if they get their way. The duel between Jabarie Hines, Gary Browne, Juwan Staten, Eron Harris, and Terry Henderson (again, ridiculous that I am listing that many names as the WVU backcourt) and these three heavily favors the Pokes. Where WVU needs to win the game is the front court.

This is nothing new. Bob Huggins basketball, as we all know, means defense and rebounding. With the Cowboys average of 70 points a game, this game will be in the 60s if WVU has their way and can slow down the game. Noreen and Murray will need to play big in this game getting 10-15 rebounds between them for WVU to have a chance. Read that again. A chance. Make no assumptions about this one. The Cowboys are 2nd in the Big XII for a reason. Vegas has them favored by 10 for a reason. WVU as proved almost 20 games into the season is that the only two things at which they are consistent are being excruciatingly and mindbogglingly inconsistent..... and being horrible shooters. Nothing is true, everything is permitted. Three outcomes, out of all the rest, are the most likely ranking from highest probability: blowout loss, one-point loss, five point win (due to actually hitting foul shots.) Let's hope it's the third.