The West Virginia University men's basketball team travels to West Lafayette, Indiana, on Saturday to square off in an nonconference contest against the Boilermakers of Purdue.

Share All sharing options for: WVU - Purdue Preview: Boilermaker? I Hardly Know Her

Freshman guard Ronnie Johnson for the Boilermakers is a Twitter connoisseur. His tweets are usually pretty funny, but I had to single these twitpics out. This is him and (what I believe was) his travel team killing time. 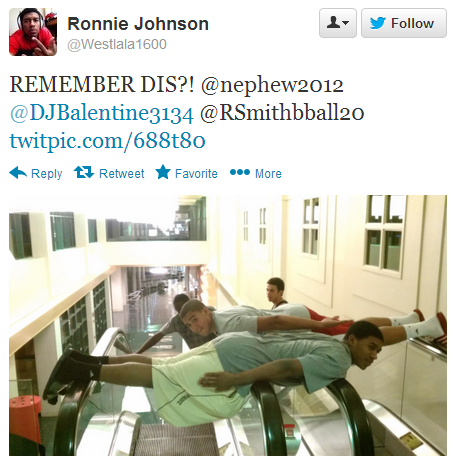 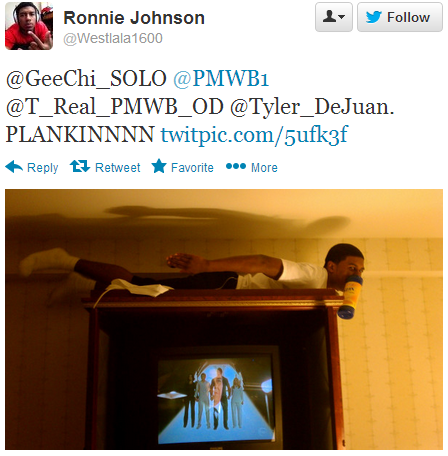 It is fair to say that WVU could easily be 4-0 in their first season in the Big XII thus far. It would be equally easy to argue that the Mountaineers could also be 0-4. The fact is that neither of those are the case, and this Bob Huggins squad is going into a hostile Mackey Arena with a .500 record with only a Virginia Tech win as a semi-notable nonconference win. Huggs was asked on Sportsline on Thursday night if this team is already out of the hunt for March. The question was answered with essentially a "hell no" due to the fact that we still have to play Kansas, Oklahoma State, and Baylor all twice. There is plenty of time to improve this 8-8 (1-3) record, but there is also time to worsen it. However, the conference is not the focus at this moment.

The Mountaineers need wins regardless of conference affiliation and this Purdue team is a beatable opponent. They have had rough losses (70-65 loss at home against Bucknell) but also a monster win against the #11 Fighting Illini. Either way, with an RPI of triple digits and a ~65 SOS, Purdue would love to get this win against WVU. While a win against the Boilermakers specifically for the good guys wouldn't really add anything to the March resume, being 8-5 in nonconference at the end of the season sounds a helluva lot better than 7-6.

As for the Boilermaker roster, there is one thing that they do really, really well.... rebound. Averaging 41.1 on the season, they're 15th in the country at crashing the boards. This should give you an idea of how the game Saturday is going to go. If you don't have an idea, I have two words for you: Big East. WVU somehow averages more points than Purdue (67.9 vs. 66.1) which still solidifies my point. This game will be ugly.

The three most notable players for the Boilermakers are three starting guards: DJ Byrd, Ronnie Johnson, and Terone Johnson. Between them, they average half the teams points including twelve rebounds. The Boilermaker front court revolves around 7-footer AJ Hammons that averages over 10 points and 2 blocks per game. The key for a Mountaineer victory is to shut down Terone Johnson and make foul shots. This might come down to another Texas paced game, so as long as WVU can keep in the game via free throws, they can keep themselves in the game during their inevitable offensive derp mode.