The blogpoll is going to be done in two parts this year. As the title indicates, the first post each week will be a rough draft for everyone to pick apart and tell me where I'm wrong. I'll take your advice into consideration and the second one will be final.

1. Alabama - All I really needed to see from this game was the first play from scrimmage where the Tide's offensive line pushed every Michigan player back two to three yards off the ball. The play resulted in little or no gain. But it was a harbinger of things to come.

2. USC - They did what they were supposed to against weaker competition. If it would have been against Michigan, this would be your number one team.

3. LSU - Zach Mettenburger showed some flashes of what he can do at the quarterback spot. But this team is about running the ball and wearing their opponent down. If Mettenburger can develop into a solid quarterback, we're all screwed. Scott Bakula had a good game, but it wasn't nearly enough to keep the Mean Green in it. 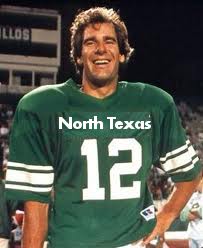 4. Oregon - Towards the end of last year, I toyed with the idea of putting Arkansas St. in the top 25. They had a decent enough record, but didn't really beat anyone. They put up a ton of yards against Oregon, but were never really in it. It was 50-3 at one po

5. Florida State - I don't know that crushing Murray State carries a whole lot of weight as we move forward. But it's certainly much better than other teams did against their cupcake.

6. Michigan State - Who knows how good or bad Boise State is this year. One thing is for sure, Le'Veon Bell is for real. Giving him 44 carries in the first game probably wan't a good idea. But Mark Dantonio is into S&M. And good ideas know no logic in his world.

7. Clemson - This is only temporary, I'm sure. But you have to give credit for the way they played Auburn. Whether the Tigers can keep it up all year is a different story.

8. West Virginia - I know. But for as much crap as we gave Marshall this past week, you really can't call a win at home against them better than beating Auburn on a neutral field. But you can say bombs away!

9. Oklahoma State - 84-0. Again, some folks had a tough time with their cupcakes. Those teams will appear below the Cowboys. Because sometimes it's hard to be that efficient running plays without a defense on the field. I haven't seen any film to know if that was the case here.

10. South Carolina - Vanderbilt is in the SEC. No matter their usual doormat status in the conference. They gave the Gamecocks all they could handle. South Carolina didn't look like the team returning nearly everyone from last year. But I'm not ready to give up on them just yet. We'll see how they fare against some tasty pastries over the next couple weeks.

11. Georgia - At home against Buffalo, they were fighting for their lives until they took over in the second half. I'm not sure I moved them down far enough.

12. Ohio State - Oklahoma and Texas had real trouble with their opening game pushovers. Ohio State had a hiccup of a first quarter then turned on the jets.

13. Texas - Didn't have their punt blocked for a touchdown

15. Michigan - They looked better losing than some of the teams following them did winning.

16. Arkansas - The Razorbacks can point to a lot of good things on offense. Three fumbles isn't one of them. They need to do better before I can move them up.

17. Nebraska - I could easily be persuaded to move Nebraska up. Certainly Southern Mississippi is better than Jacksonville State.

18. Louisville - A win over Kentucky at home is something even Rich Brooks probably doesn't give a shit about. But this is a team with a clear path to the Big East title and a BCS bowl. If they just don't screw it up.

20. Notre Dame - I believe Brian Kelly will be successful with the Irish. I don't know that they'll ever get back to the top. But certainly top 25 for now.

21. Kansas State - I don't like that it took until the fourth quarter to roll in this game. I do like that they were able to.

23. Virginia Tech - Sloppy game at home. There's a lot to replace on offense for the Hokies.

24. The Ohio University - This might all come crashing down next week. But for now, winning an opener in Happy Valley with all the emotions that were flying around and through the Penn State players should count for something.

25. The New Helmet Rule - No one was more disruptive in the first week of the season. Obviously, this can't appear in the final poll. But do you want Wisconsin in there after their poor showing against Northern Iowa?