USC – Having Matt Barkley back is the biggest reason to put USC number one. The mix of experience and talent at the quarterback position makes it easy to put the Trojans over Alabama and LSU. Add in the skill at wide receiver, offensive line, running backs, and you have a team that should score often on all their 2012 opponents. If there’s one position USC needs to worry about, it’s defensive line. The loss of scholarships was bound to hit them somewhere as they dig out from those sanctions. But you have to give credit to the staff for coming out of the incident looking so good. It hurts to say that because this is the staff...

LSU – In order for LSU to be successful, they just need their quarterback to not screw things up. Zach Mettenberger has the size and arm strength. But he might be better measured by his ability to recognize when to throw the ball away than anything else. Even with the loss of Tyrann Mathieu, the Tigers are probably the deepest team in the country. With the talent they have at running back and offensive line as well as the seemingly endless supply of NFL-ready defensive linemen, minimizing mistakes will be job one for Mettenberger.

Alabama - Putting Alabama third seems almost like a reflex more than anything else. They had eight players drafted last spring and another seven signed as free agents. We know they have talent coming back, but you never really know if they will work out the way their predecessors did. You expect them to at least until you're proven wrong. And that's the rub with this whole process.

Oregon - I would most likely have put Oklahoma here or higher. But with all the injuries they've had this off season, Oregon seems like a safer bet. Even with the uncertainty at quarterback. They are a little like Alabama in that you expect them to be good despite everything because they've done it for so long. Couple that with a schedule that doesn't have any challenges until October and you get Oregon at number 4.

Oklahoma - The injuries and suspensions are great news for the rest of the Big 12 now. But like Alabama, Oklahoma just seems to reload and move on. I think it hurts at some point for the Sooners. But with two cupcakes and a by week before they get their first real test, they should be able to adapt and get everything in order. As good as they were last year, 2011 was a disappointment for Oklahoma. This should be motivation for this years team.

South Carolina - Steve Spurrier actually likes his starting quarterback this year. Which is a good sign for the Gamecocks. The drama that perpetually seems to be associated with that position is gone. With a healthy Marcus Lattimore, eight returning starters on offense, and seven on defense this might be the dark horse national champion contender.

Florida State - The Seminoles transition back to their proper place in the college football world has been a long one. Seemingly every year, it's the offensive line that holds them back from realizing their preseason potential. This year is no different and it might be about time for Rick Trickett to live up to his reputation or start recruiting more two and three star linemen. Otherwise, this is a team ready to join the elite of the college football world.

Georgia - Isn't it their turn to win the national title? I don't believe the offense is going to be good enough. Richt needs to find something his offense can lean on. A young offensive line and backfield generally isn't the answer. With nine returning starters on defense, (ranked fifth in total defense a year ago) they will be a tough out for everyone.

West Virginia - Fifty Shades of Crazy is how last year should be referred to. It's hard to tell how this year's team is really going to be. We shouldn't lose games because of the offense. I fully expect them to be monstrous. Defense is a question mark. I tend to believe we will flourish in the Big 12, though. Not because the competition is weak. But because it is strong, and we tend to rise up to the level of our opponent. That might wear off some day. But hopefully not this year. If everything goes right, this is where West Virginia should be. Sometimes the ball bounces funny. Sometimes it bounces awesome. 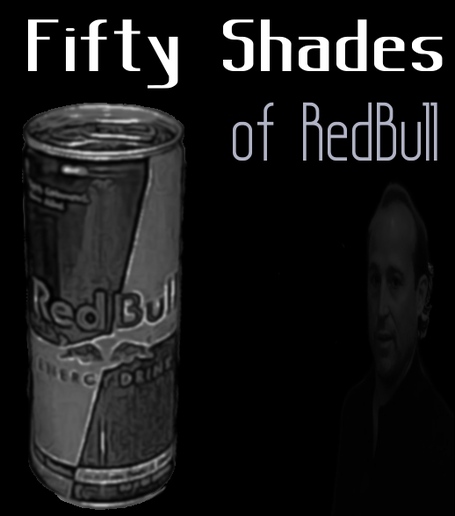 Michigan - They have Denard Robinson and they have a loss on the schedule before the season starts. There's a lot of people that are believers in Michigan. If they didn't have so few returning starters, I might believe a little more. I don't think they are in the same league as Alabama, yet. They might be sooner than I expect if they can win the opener. But I want to see if first. 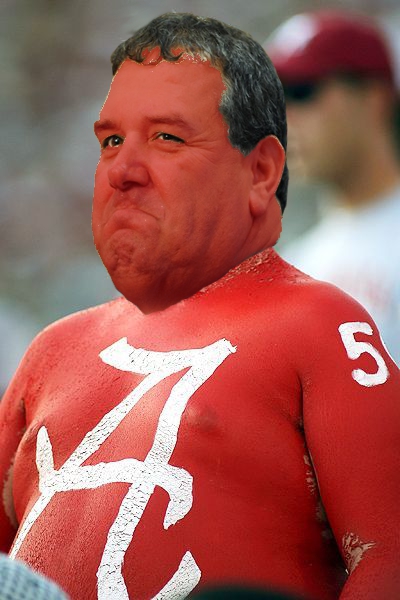 As with most weeks, I think the bottom 15 is an exercise in futility. If they mattered, they'd be in the top 10. So here's some photoshops of some that didn't make the cut. 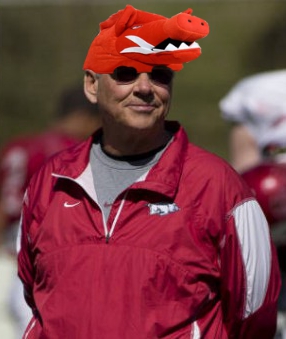 He's not Bobby Petrino. Am I right, ladies? I think the Razorbacks are going to be good despite John L. Smith. Just not as good as everyone else thinks they will be. They are still in the same division with Alabama and LSU. 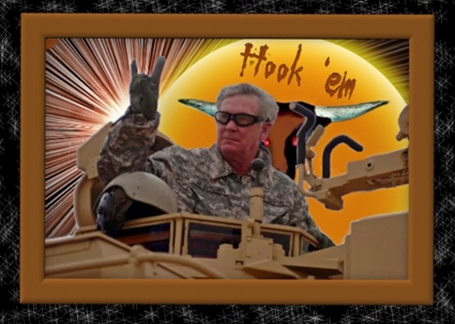 The defense is there for the Longhorns, but Texas needs to get the offense going. They've finished 54th, 58th, and 28th in total offense the last three years. If an M1A2 is what it takes, Mack Brown has the money.

This is for both of them. Bret Bielema better get his shots in now. The recruit burglar isn't going to take a lot of time putting a winner together. 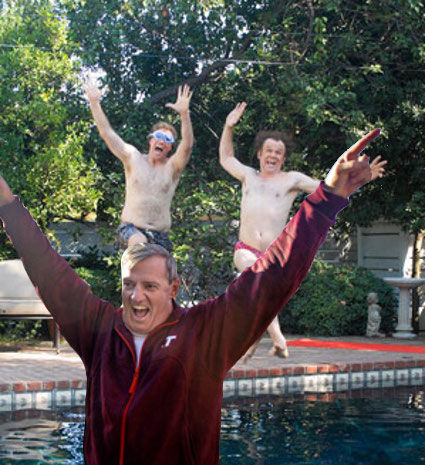