The "Geno Smith for Heisman" train has left the Morgantown station, hit Hartford last week, and now is rolling through CBSSports.com.

Chris Huston's article expresses several different viewpoints to the 2012 Heisman Race arguing that Smith will be one of the outside options if Montee Ball or Matt Barkley fall off the wagon. Going into the always popular regional discussion of votes, Huston states that Smith looks to be plausible candidate.

If Smith has the kind of season everyone expects and West Virginia makes a splash in the Big 12, it's no stretch to foresee him garnering strong Heisman support in the Southwest and the mid-Atlantic regions. Locking up two of the six regions would catapult him into Heisman contention and send him to New York as a finalist. Even if Smith doesn't win the Heisman, his presence in two of the six voting regions could heavily influence the outcome of the race.

I mean, that and I taught him everything he knows over dinner: 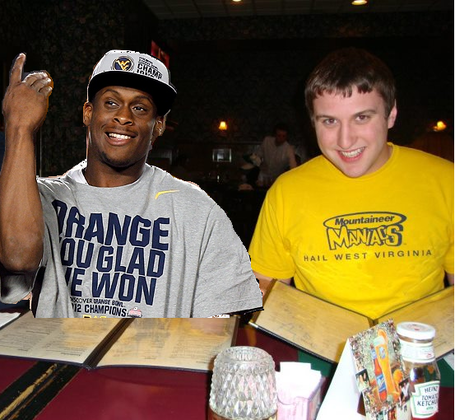