Share All sharing options for: The Shotgun/Throwdown: Tuesday (5/29/12) Edition

I certainly hope everyone enjoyed the long weekend. Today we have more notes on conference realignment/Big 12 expansion (ain't it nice to not HAVE to worry about this?), kind words from our new conference-mates for Luck, the WVU Sports Hall of Fame announced its 2012 inductees, recruiting bits and more. There's also a bit on the scheduling and future of the Capital Classic. I'll give you half a guess as to who's whining about the new scheduling the most.

Luck Looks Into Future Of Big 12 - WVMETRONEWS.COM
For once, West Virginia is on the opposite side of the fence when it comes to conference expansion.

HERTZEL COLUMN: No doubt WVU made out well - Times West Virginian
If it’s clear to Pederson that there are five “power conferences,” the world would like to schedule an appointment with his optometrist, for he certainly is seeing things far differently than everyone else is.

Luck leading West Virginia onward - KUsports.com
From one of our new B12 brethren

Don't expect much from Big 12 meetings - Charleston Gazette
The fact of the matter is, though, that landscape-changing deals tend not to come from formal, organized get-togethers but from behind-the-scenes wheeling and dealing.

HERTZEL COLUMN: Patrone finally gets his due - Times West Virginian
He was also good enough to become a Hall of Famer 50 years after his career ended.

Let the football hype start - Parkersburg News and Sentinel
The Mountaineers will enter the season as one of the most-hyped and written about teams, and that's a good thing.

Seven up: Matt Barkley gets nod in early Heisman watch - Sporting News
Breakdown of good/bad signs for 7 players, including Geno

Practice Facility Home for WVU Past, Present and Future - WVillustrated
Former Mountaineers return to get better in Morgantown while serving as mentors to younger players.

West Virginia-Marshall series could be nearing its end - Sporting News
Any guess as to who the biggest whiner is?

WVU football: Rawlins is not typical recruit for Holgorsen - Charleston Daily Mail
He just might flip the way we think about Coach Dana Holgorsen's offense upside down.

Nine things and one crazy prediction for this week - Austin Statesman
Could the Big 12 have painted itself into a very bad corner?

Credit interim commish Chuck Neinas for revival of Big 12 - SportsDayDFW
Once in danger, league is back on track with veteran leader as steward

Conference Realignment: Why is this happening? (Post 1) - Bring On The Cats
Excellent analysis and background info

Do We Even Recruit Against The Sooners Anymore? Checking In On OU Recruiting. - Barking Carnival

Mountaineers continue to work on the recruiting trail, WVU mascot Jonathan Kimble becomes a stars in a commercial in Los Angeles and Athletic Director Oliver Luck will pick a new baseball coach within the week.

Some people just don't get it:

Today's Miss Throwdown is a "dirty blonde" to make up for Friday's "fail" (whatever). Here's today's gallery (click on the picture) and video of Serbian model Nina Senicar. 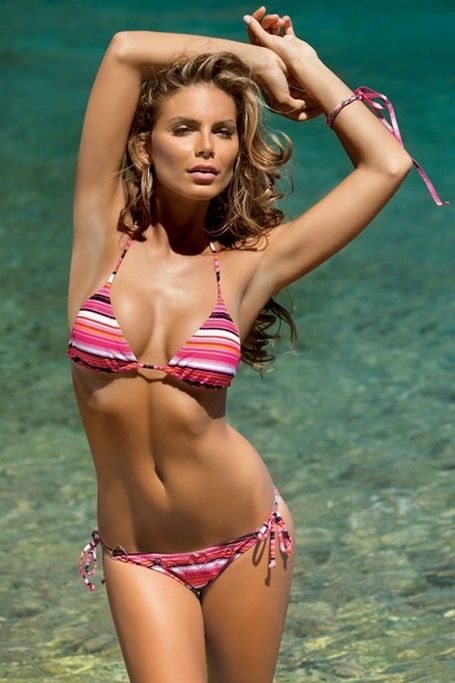