Share All sharing options for: The Shotgun/Throwdown: Friday (5/25/12) Edition

Today we have more reflections on Coach Stew's passing, including reports from the public service in Morgantown yesterday. We also have several reports from some of the latest Coaches Caravan stops with some interviews. A couple of updates on the baseball program are here. There's also a good bit of coverage and reaction from WVU fans and officials regarding the whole re-alignment thing that's still ongoing...and WVU is safely on the right side of right now. Lot's of news regarding former WVU players as well. All of this and more...

Have a safe and enjoyable holiday weekend everyone!!

West Virginia Is The Best Place In The World - From Our Editors - SBNation.com
We couldn't agree more

Bridgeport Still Option for WVU Baseball, but Charleston, Others to See Team in 2013 - Connect Bridgeport
"Hawley Field just isn’t adequate to use as a Big 12 facility," Luck continued.

WVU baseball coaching candidates include 2 Div. I vets - Charleston Gazette
Rod Delmonico was the head coach at Tennessee for 18 years and is one win shy of 700 for his career. Pat Murphy coached at both Notre Dame and Arizona and won 947 game in 22 seasons at those schools.

Jones Tapped for Draft Combine - BGN
WVU alumnus Kevin Jones is one of 60 players set to participate in the NBA Draft Combine next month.

HERTZEL COLUMN: White right there with Hall of Famers - Times West Virginian
The worrisome part of this snub is that Frazier was Patrick White before there was a Patrick White, a different kind of quarterback who came along out of nowhere and changed the fortunes of a school, Frazier being able to take it even further than White as he won two national championships.

HERTZEL COLUMN: Pat Beilein follows in father’s path - Times West Virginian
John Beilein realizes his son is following a path quite similar to his own.

WVU Positioning Itself for College Football’s Future - WVillustrated
Oliver Luck discusses the path he intends to pave for the Mountaineers as the landscape continues to shift.

Excitement builds for West Virginia’s move to Big 12 - Bluefield Daily Telegraph
Excitement isn’t a big enough word to describe what the avid supporters of West Virginia University athletics have felt since the decision was made to leave the Big East for the Big 12.

Comparing salaries of Luck and Big 12 ADs - Charleston Gazette
Of the 10 athletic directors set for the Big 12 next season, Luck's salary ranked next to last. Overall, his salary was 55th.

Madsen Named To Rimington Watch List - WVMETRONEWS.COM
He is one of 50 players named to the list and one of four players from the Big 12 Conference.

WVU caravan has successful Princeton stop - Register-Herald
"The greatest thing that has ever happened to WVU was not being in the ACC."

Musings of a Mountain Man - WVillustrated
John Woolard takes a look at Bill Stewart's time at WVU and the way his legacy will be remembered.

Huggins, Carey Talk about Stewart at Coaches Caravan as Well as Verifying 'Treadmill' Incident - Connect Bridgeport
While there were plenty of smiles on faces and jokes out of mouths among those who took part in the event at the Bridgeport Conference Center this evening, there was also a surreal feeling surrounding the gathering.

Mourners Pay Respects To Stewart - BGN
Friends, family members, former players, fellow coaches -- and yes, fans -- made for a lengthy line Thursday afternoon as all in attendance hoped to pay tribute to the late Bill Stewart.

HERTZEL COLUMN: Stew fondly remembered by players - Times West Virginian
You want to know about Bill Stewart, you go to his people … the players.

Stewart was special - Martinsburg Journal
It is downright difficult trying to write about Bill Stewart.

Stewart one of a kind - Martinsburg Journal
Stewart was the last person actually in the stadium proper that day, though few would've known.

Notre Dame To The Big 12 And Other Best/Worst Case Scenarios For Conference Realignment - SBNation.com
While we wait for the late-summer conference realignment scramble, let's go ahead and prepare ourselves for the best and the worst.

Conference realignment? Blame someone else and pass the checks - Yahoo! Sports
A brief, semi-fictional history of hysteria in college athletics

DeLoss Dodds: "I Don't Think We Need to Expand" - Barking Carnival
Of course YOU don't. You and your billion dollar war chest.

WRNL PAC: Why Won't You Refudiate TARP, Baylor? - Wide Right & Natty Lite
Click on this for the gif alone...you won't be disappointed

Most Valuable Player In Big XII Heading Into Fall: Landry Jones? - Crimson And Cream Machine
Sorry, but NO

Longtime refs Tim Higgins, Bob Donato to retire - Sporting News
I guess John will have to find others to make gifs of now 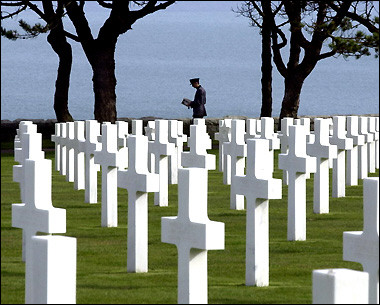 Today's Miss Throwdown is SI Swimsuit model Alyssa Miller (<++BONUS LINK). Enjoy the video below, but click on the picture for today's gallery and more videos. 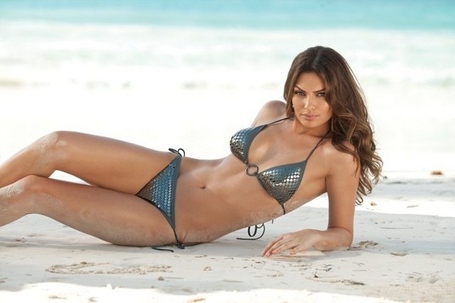