Share All sharing options for: The Shotgun/Throwdown: Return (5/15/12) Edition

Welcome, By-Godders, to the Shotgun/Throwdown, WVU's nationally recognized best place for sports links, information, sophomoric humor and semi-daily distractions. We're being brought to you today by Rugenbräu, because I just love that picture.

Guess who's back in town today... OK, so I've been home for a couple days now, but you get the gist. Thanks to John for keeping you guys occupied while I was gone. During the summer, the S/T will run a couple times per week, keeping you up to date with as much as possible. If there was anything John did that I don't and you especially liked, let me know in the comments and I'll try to incorporate your suggestions.

WVU has a new basketball assistant coach and we also have some updates from the guys trying to make it in the NFL. These stories, FSU to Big 12 rumors, more features on WVU football, background on the "Flying WV" logo, Big 12 updates and more...

Everhart Excited to Work With Huggs - MSNsportsNET.com
It turns out the opportunity to work with Bob Huggins was simply too good to turn down, says Ron Everhart.

Goode, Tandy Sign NFL Contracts - WVMETRONEWS.COM
Former Mountaineers Najee Goode and Keith Tandy both signed contracts on Monday in the NFL with the Tampa Bay Buccaneers. The deals were both for four years.

Third-tier rights are worth something - Charleston Daily Mail
Was it really just last week Oliver Luck revealed what we'd long suspected when the West Virginia athletic director said he would put his athletic department's third-tier multimedia rights out for bid?

HERTZEL COLUMN: No right way to rank BCS coaches - Times West Virginian
What would you say if you were told that West Virginia University’s young football coach, Dana Holgorsen, is the 44th best football coach in college football?

WVU Secondary Bringing "Dark Side" to Big 12 - WVillustrated
"It's a lot you can put into it, but that dark side is that grimy, that ready to get after everything," says junior cornerback Brodrick Jenkins.

Florida State-to-Big 12 seed could spark more conference realignment - Andy Staples - SI.com
No one has to make any decisions this week or even this month. But before the year is out, FSU's leaders will have to answer the questions of an increasingly aggravated fan base by either exploring the idea of another conference or by committing completely to the ACC.

Texas-OU to Remain at Cotton Bowl Through 2020 - Barking Carnival

Yes, I'm back, and I've brought heaven back with me. Today's Miss Throwdown is once again the South African stunner, Candice Swanepoel. Click on the picture for today's gallery (includes bonus galleries) and enjoy the video below as well. 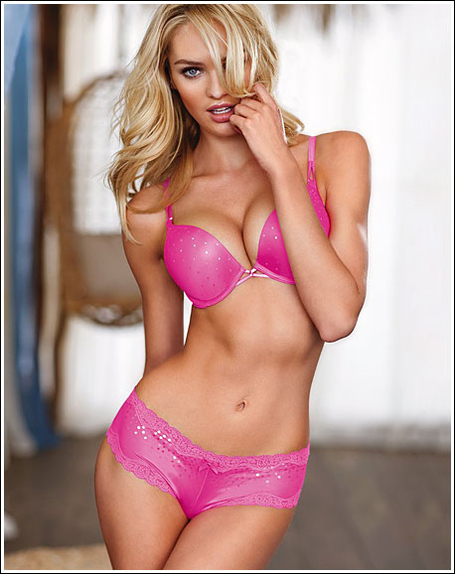