Share All sharing options for: The Fall Down Pass Out: Thursday (04/26/12) Edition

Welcome, By-Godder's, to The Fall Down Pass Out. With WVUIE97 off on his conquest of Europa, a stand-in for the Shotgun/Throwdown was needed. As I explained it, it's a S/T for light weights, because I couldn't ever do anything that thorough.

We understand there is a search for a new commissioner of the Big 12 underway, and that it is possibly wrapping up. Before you pull that trigger, may I make a suggestion? That guy up there looks good doing anything. If you want somebody everyone likes, I would tell you the only people that don't like Jerry West are the ones that think they should be the logo. As my backup plan, I was going to go with Ron Prince in the movie Kill and Kill Again. His head just wouldn't cover all that hair. But the hash tag was something, #RonP4Big12C. 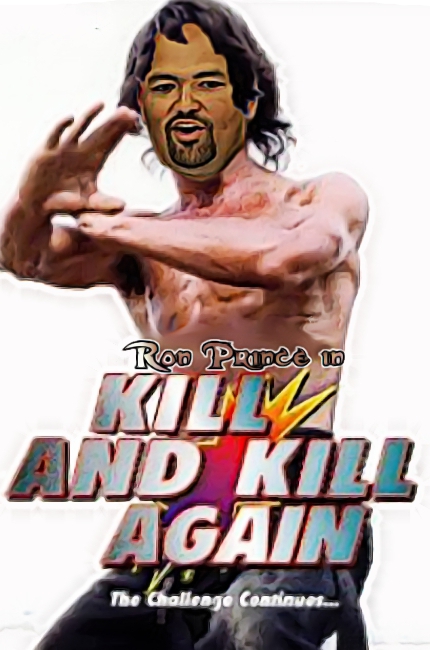 Recruiting Rewind: A look back at the 2009 Class - A look at those that didn't pan out.

Holgs reflects on spring - Pretty much what you would expect.

Hundley loses best teammate- On the passing of Clayce Kishbaugh.

Jenkins glad to be back with WVU O-line- I call Parkersburg home and had the pleasure to meet Josh a few times before he signed. To say that I want him to go out with a dominating year would be an understatement.

Mountaineers in the mix for the Big East baseball tourney - We better get on our horse when we move to the Big 12. It's a much bigger deal than in the Big East.

Does a plus one format favor the current Big 12? - The advantages of not having a conference title game.

Mock Drafts and Baylor Football - A look at how Baylor hopefuls are projecting in several mock drafts.

Big 12 heads turned after Orange Bowl win - I hope none of our guys think that win is going to have any bearing on this year.

Who has the Big 12's best defense - It'd be nice if we had this too. But that's probably asking too much too soon.

BCS officials work on postseason options- Thumbs up their asses. Hancock says the status quo is off the table, but there's enough bits and pieces in that article to make you believe they only want it to look like something other than the status quo without really changing too much. /fart noise

Tomorrow's my birthday and I can only imagine something like this will happen between now and then. So if I don't show any signs of life tomorrow, have a heart.

As an apology for what surely won't happen tomorrow, I did this just in case anyone had quesitons about where I sit on the BCS. I was drunk and needed the money. God bless LSUFreek for understanding and making the video for me anyway.