The college football off season can be dull. It can be rife with scandal. But mostly it's boring. In the spirit of not being dull, we present this sophomoric breakdown of the Big 12 football coaches. If this initial post doesn't seem so sophomoric, we fully expect our fellow Big 12 bloggers will take care of that over the coming weeks and months.

Starting with our own Dana Holgorsen. Coach Holgorsen found out in very short order that West Virginia is anything but boring. Starting with the soon to be ex-head coach allegedly feeding damaging information to the media about Holgorsen that resulted in the "coach in waiting" becoming the head coach a year early. 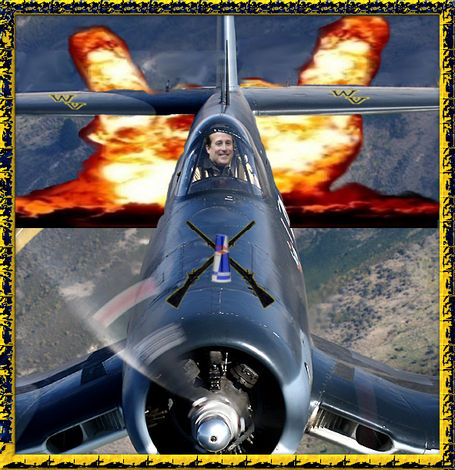 That was the end of the drama off the field. Holgorsen celebrated by jumping out of an airplane. The drama on the field can be most easily explained as a team and a coaching staff learning to work together while learning a new system. It wasn't pretty at times, but they did enough to get to the Orange Bowl, where they put it all together in historic fashion against Clemson.

Our fellow Big 12 fans are probably just as familiar with coach Holgorsen as Mountaineer fans are. Most of his coaching career has been spent west of the Mississippi. Since 2000, he's had stops at Texas Tech, Houston, and Oklahoma State. He's been part of some of the most prolific passing attacks of the past decade. While he preaches a balanced attack, it's the bombs going off that everyone thinks of.

Early success at West Virginia has brought high expectations for Holgorsen. On the biggest stages, his offense didn't disappoint in 2011. We're just impatiently waiting to see if this aggression will stand in 2012, man.