When Dan Beebe stepped down as Big 12 Commissioner, it was by mutual agreement. He wanted to make everyone happy, but ended up making no one happy. Including himself. Sometimes you just aren't cut out for the job everyone wants you to take. So the best thing to do is to take the job you want.

That's just what Beebe did when he took over the lead Big 12 tech support role. It's not that he knows anything more about computers than he does about running an athletic conference. He just likes the noises those little rascals make, and the shinny pictures.

The Big 12 had its lawyers put together a lawsuit that Big 12 interim commissioner Chuck Neinas could "wave around," though the league did not plan to officially file it.

The lawsuit, slated to be filed in Boone County Circuit Court, never came to pass. But the 12-page draft of a petition for injunctive relief was obtained by the Tribune this month. It charged the SEC with illegally enticing Missouri to breach its contractual commitment to the Big 12 — an effort the suit states was "willful, deliberate and in bad faith" and the cause of "irreparable injury to the Big 12 for which money damages is not an adequate remedy."

See, the SEC is a bunch of cheaters because...um...does anyone know that trick in Outlook to retrieve an email? Because Dan doesn't and his Commissioner for Dummies handbook is missing and presumed useless. 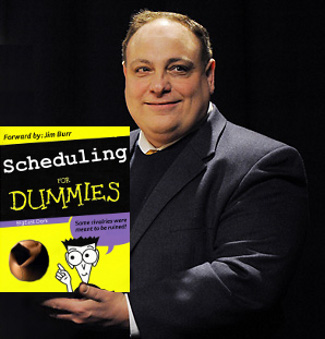