The West Virginia Mountaineers basketball team travel down I-79 for the Capital Classic in Charleston. Prediction: fouls.

While VMI's Coach Duggar is certainly going to be my favorite opposing coach on this year's schedule, Tom Herrion might be my favorite to hate. We all remember the famous quarter incident, and Smoking Musket was, of course, there to cover this gem. So not only is this guy a complete ass to the media, he goes and soccer-style flops while trying to call it a "non story." This is nothing short of hilarious and highly embarrassing to the Moo faithful. Media members even thought he was actually having serious health problems with his spasms. 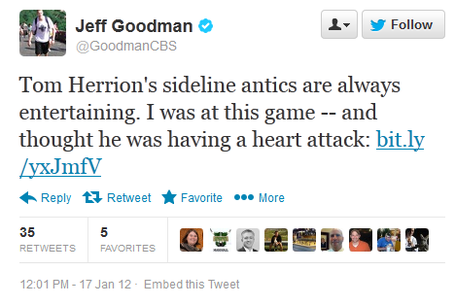 All evidence of this has been taken off of YouTube, but luckily Deadspin runs their own video stuff. Another awesome fact is that all the major national media sources picked up on it, too. Yahoo!, ESPN, CBS Sports, SBNation, Bleacher Report, and even BroBible had something to say:

See that grown man lying on the floor, there? That's Marshall head coach Tom Herrion drawing a flagrant foul against Central Florida's Isaiah Sykes on Saturday. Sykes apparently tapped Herrion in the chest, causing the coach to flail around on the sideline like he was having a heart attack. It took the officials 15 minutes to review the footage of what had actually happened and they ended up calling a technical on Sykes. Whatever the noise, Herrion should get an award for that performance. That type of high drama makes soccer players look like community theater actors. Marshall beat UCF, 65-64. Afterwards, he was asked about the foul at least three times, pleading the fifth to the press each time. Pathetic.

It's considered gamesmanship when a player flops to draw a charge or feigns being waylaid by an elbow, but for a coach to resort to that crosses the line to bush league.

Herrion's sideline antics benefited Marshall in the short term since it helped the team win a key conference game. Now that the video has finally surfaced and it's receiving national attention, however, he may soon regret his over-the-top display.

Marshall head coach Tom Herrion appeared to have survived "The Big One" toward the end of the second half against UCF on Saturday, when he was allegedly elbowed by Knights guard Isaiah Sykes and collapsed in pain. Repeatedly. And rather dramatically.

Fouls. Lots and lots of fouls. This has nothing to do with any type of preview of the actual two rosters, but we all know this is always the bar for "most frustrating game of the season." It has absolutely nothing to do with the teams themselves, just the weird Charleston rims and horrible, awful refereeing. This isn't aimed to be an excuse, it's just the world we live in having this game in the Charleston Civic Center.

As for the actual matchup, Marshall has four of their five starters contributing with very balanced scoring numbers so far this season. Their 6'4 junior floor general, DeAndre Kane, is killing it this season averaging over eight assists and 16 points per game. D.D. Scarver is also a shooting threat and tends to find good mid-range shots to go along with raining threes. Elijah Pittman and Dennis Tinnon are the two Marshall big men that get significant minutes and do a good bit of scoring themselves. Lastly, MU 6'10 center Nigel Spikes is going to be bodying up on our big men and making it interesting on the inside.

The fact that they often roll and with three big men on the court makes it really tough for offenses to get any types of second chance points. This is a huge factor due to the fact that I still don't think WVU has a good half-court offense, let alone anything against the 2-3 zone. Factoring in the Rutledge and Noreen ankle problems, this could be a recipe for getting dominated on the inside.

As I said before, this is going to be a foul fest. WVU needs to get those big men in trouble so Kane doesn't have as many easy outlets. Be aggressive and attack the big men on the offensive side while playing good, old-fashioned Whoopi Goldberg in Eddie defense. 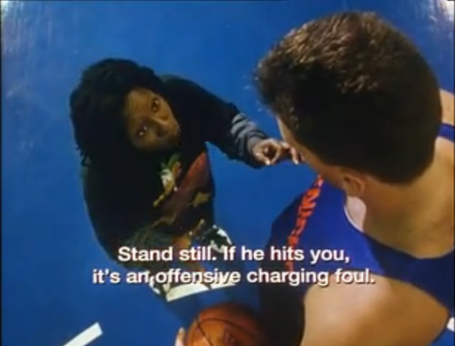