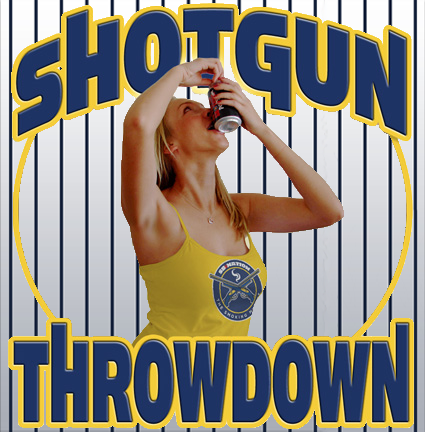 Maximize The Moment - BGN
Take advantage of opportunities. It’s the Mountaineers' mantra as West Virginia readies for the Pinstripe Bowl against Syracuse.

WVU gets Big Apple-tunity in Pinstripe Bowl - Pitsburgh Tribune Review
This has been a season like no other for West Virginia‘s 7-5 football team.

VIDEO: Pinstripe Bowl News Conference - WVillustrated
Dana Holgorsen and Doug Marrone met with the media for the final time before the Pinstripe Bowl

WVU, Syracuse Coaches Not Concerned About Weather Forecast - WVillustrated
The Pinstripe Bowl could see some steady snow throughout the game. Both Head Coaches shared their thoughts on whether or not the weather will be a factor.

West Virginia, Syracuse coaches downplay bad weather - Pittsburgh Post-Gazette
A winter storm is forecast for today, and two to four inches could fall by the time the Pinstripe Bowl kicks off at 3:15 p.m.

Weather or not, time to play ball - Charleston Gazette
Friday would have been a great day to play a football game at Yankee Stadium.

WVU looks to finish strong in Pinstripe Bowl - Times West Virginian
today’s 3:15 p.m. Pinstripe Bowl game against Syracuse has taken on mammoth proportions because it is one of those rare minor bowl games with a purpose.

Finding incentive at the Pinstripe Bowl - WV MetroNews
The coaches addressed the motivating factors during Friday’s press conference at Yankee Stadium, where both teams made their walk-throughs.

WVU QB has third chance to beat blitzing Syracuse - Charleston Daily Mail
"They blitz non-stop," Smith said. "There's no rhyme or reason for it. They send five guys over one side at a time. It's really unsound football, but that's the way they play."

On friends and foes - WVU Sports with Mike Casazza
"No," Smith said. "He would like to be my friend. He can’t be my friend."

Jeff Braun has got this, you guys. OK? - WVU Sports with Mike Casazza
True story: Jeff Braun has replaced Joey Madsen once before and Josh Jenkins was the left guard there to help him out with things

Many WVU bowl wins qualify as upsets - Times West Virginian
The victims were favored and, in some cases, ranked among the nation’s elite.

HERTZEL COLUMN: Orange up there with biggest rivals - Times West Virginian
other than Pitt there is no other school in the country that has a richer football history and tie-in with West Virginia than the Orange.

Comparing the quarterbacks - WV MetroNews
Check out the dazzling numbers in the graphic above and settle in Saturday for a pass-happy parade.

My NFL predictions for 2013 - SI.com
Check out his prediction for Offensive Rookie of the Year

Texas Longhorns vs. Oregon State Beavers - Preview - ESPN
Valero Alamo Bowl, 6:45 pm this evening from the Alamodome. Horns are getting 3.5.

Come on now. Those that have been around a while know me well enough to know that I wouldn't miss a chance to feature the future Mrs. WVUIE97 during bowl week. Today's Miss Throwdown is my muse from South Africa. CLICK HERE for today's gallery of Candice Swanepoel.