Hurricane Thursday returns for one more last football hurrah in 2012 even if the game is on a Saturday. Shomer Shabbos.

With Geno ringing the opening bell on Wall Street and basketball on a seven day hiatus, it's about time for me to stop ignoring the Pinstripe Bowl and actually start paying attention to the game at hand. For all who have purged any football information out of your minds, the game against Syracuse Orange is on Saturday, Dec. 29th, at 3:15pm EST in the Bronx. We all know how the Schwartzwalder Trophy won't be in contention, but it is good to know that we're not the ones unhappy about it. Both the Syracuse SB Nation blog and other outside blogs for the Orange all agree that not having the trophy up for competition is dumb. Directly from nunesmagician.com (written by Sean Keeley):

"Whenever Syracuse plays West Virginia, the Schwartzwalder is on the line. End of story. And since we aren't in the same conference anymore and the chances of us scheduling one another are slim to none, this is the ONLY time that we'll be playing each other from now on.

So WHEN exactly are you saving the trophy for?"

Legitimate question. Also, Keeley goes on to look at it from our prospective:

"If West Virginia had the trophy and told us they weren't putting it up for grabs, we'd call them cowards and p***ies. End of story."

This is pretty much our whole fan base's view on the topic and I'm not opposed to it one bit. Whether the Pinstripe or SU Athletic Dept. made this call, everyone can see right through it and I'm sure it will be mentioned and mocked by Fowler and Co. during the ESPN broadcast. Country Roads did a great job interviewing Keeley here discussing the motivation of the Orange in this bowl and how WVU seems to have absolutely none of it.

Well, I can give you three reasons why you should be watching the Pinstripe Bowl this Saturday. Let's do this, even if we don't roll on Shabbos.

1. It is Bowl Season

It's the most wonderful time of the year

Ah, yes, bowl season. That time of year when you get the office Bowl Mania pool together and act like it's as cool as March Madness. Then again, it is a little bit better because it's football and you might have actually watched the team you're hoping wins instead of going off of their program name for the last five years. Anyone who has had a little taste of #MACtion this year certainly should have some of the lesser bowls covered. The fact is, regardless of what has happened this season, it's your time to shine on the national stage and go out with a bang. God knows that the Clemson win last year certainly helped wash out some of the bad taste from Syracuse or Louisville from earlier on in the season. While this isn't quite a prime time BCS Bowl on ESPN, this is still a bowl on ESPN. While is it neither the Orange Bowl nor Schwartzwalder Trophy, it is a trophy. While the local recruits aren't 5 stars from Miami, there are recruits watching these games and it certainly won't hurt to win.

Bowl wins are those magical things that can make a five game losing streak seem like it wasn't THAT bad as long as you see the Mountaineers get a W. It's the whole "what have you done for me lately" routine. If you see WVU go out and dominate, it reassures you that we would have ran the train in the Big East as usual. If not, well, it just cements the sentiment that you already knew: the Mountaineers fell apart against Texas Tech and it was never the same after that.... side bar: we'll always have Texas.

2. What Else is There to Watch?

Okay, so, bad example.... especially if you can see this bad boy talk about the fiscal cliff. 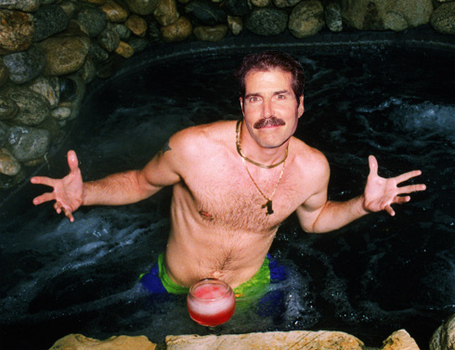 How about you deregulate me another margarita.

2. (Take two) This is the Last Time You Will See Geno Smith, Tavon Austin, Stedman Bailey Not in an NFL Uniform

This is actually a legitimate reason. Few weeks ago, we had a curious Chiefs fan stumble into a basketball preview asking what we truly thought of Geno Smith. My thoughts on the kid still holds strong: 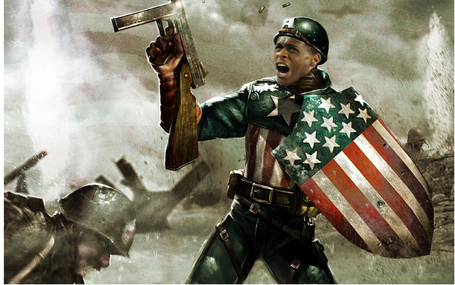 Even with his mistakes, he's still the heart and soul of this team. Until the last seconds tick off the clock, I'm proud to have him as our starting quarterback. We have been truly spoiled over the last few years over the quality of character in our quarterbacks going back to even Bulger. You couldn't ask for a more well-spoken four year starter in Pat White and Geno has certainly fit the bill. In fact, most of our stellar athletes since the Pacman Jones era have been pretty well behaved outside of a Stedman hiccup (no pun intended) and Bruce's sign incident.

These three have been great on and off the field and it's going to absolutely suck to not have them. If you aren't going to the game, at least watch them perform one more time with the Flying WV on their helmets. One thing is for sure, all three of their absences will be missed and, if any one of them end up in Buffalo, you know damn well I'm buying a jersey.