WVU - Radford Preview: There Can Only Be One Noreen

The West Virginia University men's basketball team take on the Radford Highlanders on Saturday at 4PM.

Share All sharing options for: WVU - Radford Preview: There Can Only Be One Noreen

So, as it turns out, Kevin Noreen's younger brother, Kyle, is visiting the Oliver Garden along the rest of the Radford squad. Obviously, with the development that Radford is the Highlanders, I must leave you two things: 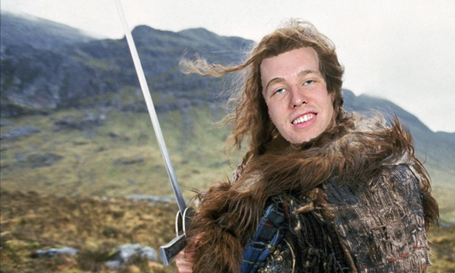 Alright, so this game isn't exactly flashy when it comes down to the basketball part. Radford hasn't played anyone worth nothing yet, so this is going to be their first true test away from home. Lucky for us, Kyle Noreen is a starter for the Highlanders, so Huggins better keep Kevin in there the whole time to get into his head and tell him about that one time when he walked in on Kyle with a tubesock.

The most dangerous Radford players are Javonte Green and RJ Price, sophomore guards, that together average 27 points a game. With this team averaging 68 points a game, that's a decent slice of offense between the two. The Highlanders split time between three young big men: Kion Brown, Jalen Carethers, and Brandon Holcomb, all in that 6'7 - 6'8 region.

Even with the WVU B- game, the Mountaineers should be able to control this game with the big four: good shot selection, ball movement, sound defense, and rebounding. Talent should be the deciding factor for this game, so be sure to keep an eye on how many minutes Kilicli gets along with any elbows between the Noreens. Finally, their coach is named Mike Jones.... sooo..