The Mountaineer basketball team travel down to Orlando, Florida during the Thanksgiving Break for the Old Spice Classic. Game #1 at noon tomorrow is against the Marist Red Foxes (1-2) of the Metro Atlantic Athletic Conference.

Share All sharing options for: WVU - Marist Preview: Believe In Your Smellf Edition 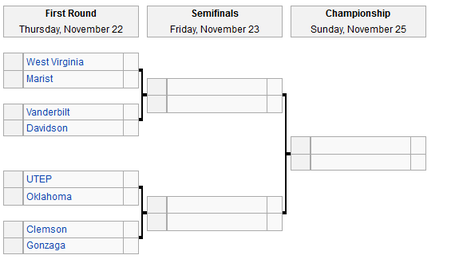 Early season tournaments are certainly something of a familiarity to this WVU basketball team, yet the Red Foxes of Marist are not. While this will be the first time that these two squads match up on the court, the Mountaineers should have no trouble against this Marist team with favorable matchups across all five positions. While the 6'1 senior point guard Devin Price and power forward and junior 6'10 big man Adam Kemp lead the team in points, their 6'5 sophomore small forward Chavaughn Lewis from Queens rounds out their offensive weapons. The Red Foxes average around 61.3 points from their three games thus far, so don't expect this game to be a shootout. With any luck, our shooting will come back after the 27.3% from the field performance against Gonzaga. If WVU can play Huggins basketball and close down shooters, rebound on both sides, and make the shots that they should, the Mountaineers will move on to Friday still in the winners bracket.