Dougity Dog has edited together the highlight reel of Tavon's exploits this past Saturday. 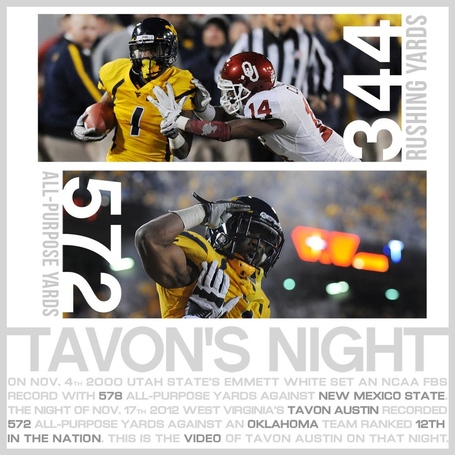 It was only a matter of time before this HAD to be edited together and there was no one better for the job than our own friend Dougity Dog. The image above puts the numbers in perspective, but it takes the video to do it justice. Here you go:

On Nov. 17th 2012 West Virginia's versatile WR/RB/RET Tavon Austin put up arguably the most impressive performance by a single player in NCAA History. Getting his first significant action at running back he ran for 344 yards and 2 Touchdowns, he added 82 receiving yards and 146 kick return yards to give him a total of 572 all purpose yards, good enough for 2nd in the NCAA record books. All this against Oklahoma a team ranked 12th in the Nation at the time.

When all else fails: 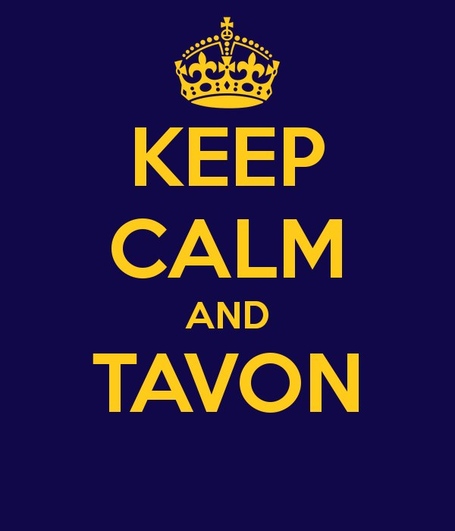