Times have changed in WVU Athletics. What was once a formidable contending athletic department is now in rags... or so it seems. Let's take a look back in time to remember the "good old days."

Welcome back to the home of the ol' saloon of nostalgia. We all remember the 2012 West Virginia Mountaineer football team as it battled the Texas Longhorns in Austin as shown above in that black and white photograph. What a game that was. It had everything the newly joined Big XII had to offer: packed house, national attention, great offenses, turnover momentum shifts.... everything. During their first year as a Big XII Conference member, Coach Dana Holgorsen had made it past the Mountaineers' first conference opponent, Baylor, with a final score of 70-63. These high scores were not a rarity back then with defenses outside the SEC lol whoops Johnny Football Pawwwlll unable to contain the Spread Offense.

Times certainly have changed. With the Mountaineers dropping their last four, the state looms at the fear of not becoming bowl eligible. Even if the team does secure it's sixth win, a bowl game awaits against the side of the family you don't speak to anymore. While reminiscing on the days of old, let's look back and see what has happened #SinceTexas.

And now, some things going in around WVU athletics #SinceTexas.

As WVUfanMG writes here, the phrase "Once a Mountaineer, Always a Mountaineer" was ironclad in the days of Bruce Irvin. Today, we have players quitting. Is it the whole "winning is the best deodorant" philosophy? The fact that we've lost four games, the locker room is becoming undone? Anything coming from outside the program is only speculation, but it's hard to lose the kind of chemistry the offense had going into Lubbock without something really happening and upsetting a lot of people. The decision-making throughout the whole team, coaches included, has gone down the drain. Why? My answer: 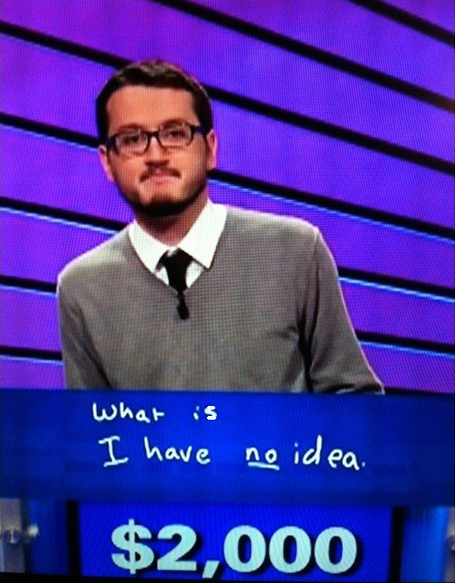 Although I have looked pretty hard for some concrete evidence, I can not find anything official behind the rumor that WVU has only had 4,533 student tickets (out of 12,000) claimed. However, I can show you this: 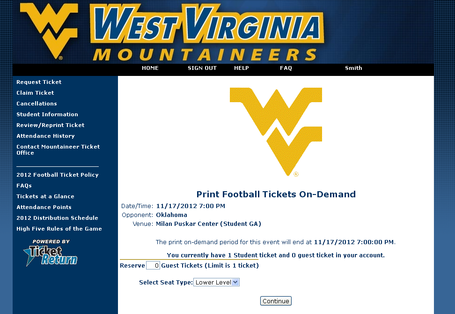 If one does not have a trained eye to the WVU student ticketing website, I can explain. On a Thursday morning before WVU takes on #12 Oklahoma for the first time at Milan Puskar Stadium for a 7pm prime time night game on FOX..... you can still get guest tickets. One of the main excuses reasons for this is that all students living in the dorms have to be out before 7pm on Friday for Thanksgiving Break. This is not a legitimate reason not to go to the game. If you go to WVU and live in the dorm, you definitely know someone that has an apartment with a free couch. As a university that boasts 23,000 students, most of the non-freshmen have apartments. Even if you are leaving for home this weekend, there is absolutely no reason to not stick around Morgantown on a Saturday, drink all day, watch football, go to the game, and head to your respected home on Sunday and be bored out of your mind for seven days. We all know how far the "loyalty" of the students goes when the Lower and "Senior Spirit" sections don't fill until the 2nd Quarter, but having a clearly lacking turnout for Oklahoma is embarrassing. My solution: cut out athletic fees and make students pay for their season tickets just like any other major university. Force incentive to stay for the game. Silver lining: the chants from Section 206 should be interesting if it gets ugly.

3) #SinceTexas, "Hey, at least we have basketball rifle."

If this trend of WVU sports losses keeps up, I might drive to Toronto, assassinate Gary Bettman, and sign an agreement with the NHLPA myself.