Share All sharing options for: West Virginia Ranked #5 By AP Poll, #4 By Coaches

On the merits of their victory over Texas and combined with losses by Florida State, LSU and Georgia, WVU has re-entered the top 5 of the AP Poll since that fateful December in 2007. While they were jumped by Florida (who dumped LSU yesterday) WVU did manage to jump Kansas State, who throttled rival Kansas after a slow start on Saturday. Also of note, media darling Notre Dame somehow managed to not jump WVU. Full AP poll is linked HERE. 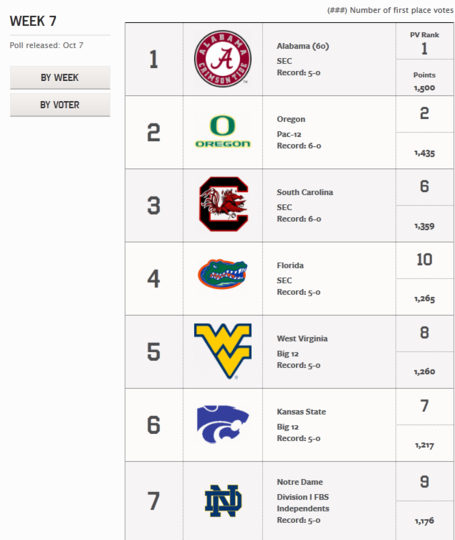 WVU has also been ranked #4 by the USA Today Coaches Poll, ahead of the Gators.