We do a rough draft every Monday to give you a chance to chime in before we submit our final ballot on Tuesday.

If there was a theme for this week, it was that everyone did just enough to beat teams they should beat.

1. Alabama - There's nothing really fantastic about this win. But they beat Ole Miss convincingly enough that I don't have any thoughts about moving them down.

2. Florida State - A bit of a letdown after the big win against Clemson last week. This was almost predictable. Like Alabama, a halfhearted effort against a team giving it all they had, and they still won fairly convincingly.

3. Oregon - Another week, another offensive explosion. The defense wasn't on top of their game like the week before against Arizona. But you can't blame them for a little bit of a letdown.

4. LSU - If there's a theme to this week, it's that hardly anyone beat the teams they were supposed to beat as convincingly as they should have. Case in point with the Tigers against Towson. But along those lines as well, Towson just doesn't stack up to the likes of Auburn.

5. South Carolina - It took the Gamecocks a while to realize that Kentucky wasn't going to just role over for them without a little effort. Once they did, they cruised. The Wildcats were up 17-7 at halftime. But the second half was all USC with 31 unanswered points.

8. West Virginia - Man that offense was clicking. The defense scares the hell out of me sometimes. I can only hope that the Baylor game was the smelling salts we need to get something going on that side of the ball. 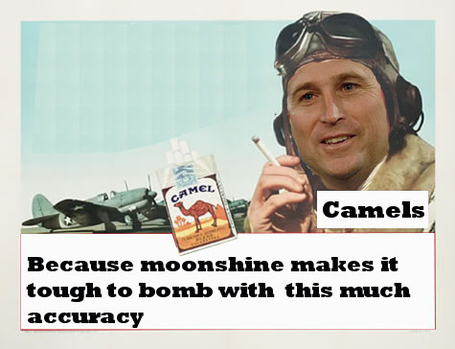 9. Texas - I heard a lot about how good their defense was all day Saturday. I didn't see it Saturday night, though. I didn't get to watch the first half of the game, but the second half looked a lot like the WVU-Baylor game. I think this is just the way the Big 12 is. Whoever has the ball last wins. I do give points for the win on the road, though.

10. Georgia - Speaking of lack of defense, I think someone wants a ticket to the Big 12. 51-44 is usually an SEC basketball score, and a high one at that. Tennessee is either undervalued or the Bulldogs are overvalued.

12. Clemson - Just like everybody else, they beat a team they should have beaten much worse than they did.

16. Oregon State - Mike Riley has something going on here. Those In-N-Out burgers must be awesome!

17. Louisville -Captured the theme of this weeks blogpoll perfectly.

18. Ohio State - They we just trying to give Dantonio a heart attack by keeping it close and letting him come up short.

20. Cincinnati - Did you ever see the episode of WKRP where they dropped the Turkeys out of a helicopter? Well, the Bearcats knew the Hokies couldn't fly. But they pushed them out anyway.

21. Washington - Nice win over Stanford. We'll see if they can keep the momentum going against Oregon. Probably not, so we moved them into the poll for a week.

22. Nebraska - Just rubbing salt in the wounds of Wisconsin's season.

25. Baylor - Their offense is just too good to boot out.