Share All sharing options for: LOL Board Isn't LOL, It's Don Nehlen 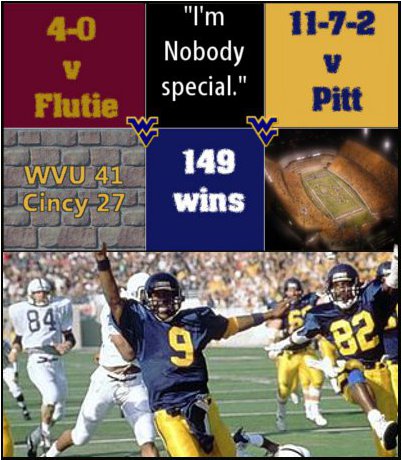 Since so many former WVU quarterbacks are coming back to Morgantown in support of the Don Nehlen Quarterback Scholarship weekend, we thought it would be kind of hard to pass up doing something for the coach.  He was WVU football right off the bat and for such a long time.  Coach Nehlen was very successful in his time at WVU, obviously in the win column.  But, there was a consistency with the man and his program.

He didn't take any shortcuts to success.  Win, lose, or draw (except for the Marvin Graves thing) he was always the same guy.  I can just imagine the Monday presser if he was still the coach.  He would tell us to beware of Bowling Green, etc.  We would kind of smirk and just move on.  It's funny, because he would have some ammunition to go along with his warning this year.  His Alma Mater is looking pretty good.  He was from the school that you didn't give anything away but praise in a press conference.  Sometimes, lack of drama was a really good thing.

In the past, when his name came up in the news I have taken the time to say a few words about the man.  Like everyone else, there were times when he would drive me nuts.  He had a patience for his system that was beyond me.  But, over his career he won a lot more than he lost.  So I guess he wins that argument.  But to me, he's the foundation to all the things we talk about today.  More than anything else, he was the center of gravity that people could buy into.  No matter how bad I may have butchered the English language, these are the words I pass along when I think of Coach Nehlen.

At some point in all our lives, someone tells us not to do something because it won't end up the way we want it to.  And of course we do it anyway just to prove them wrong.  And West Virginia isn't such a bad place to be anymore because of it. 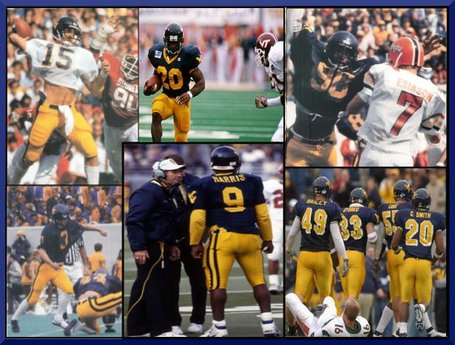