Share All sharing options for: LOL-SU Board Honors Darryl Talley

Few, if any, can match the carrier of excellence  that Darryl Talley had for West Virginia.  For me, he was an early childhood idol.  I could go on forever about what he meant to the teams of the early 80's.  But space just won't allow for that now.  We will honor him for his induction into the College Football Hall of Fame this weekend, and nothing could make me happier.  Well, if I could have found a picture of him like this in the Old Gold and Blue, that might make me happier.  But time ran out for me.  Having someone with his heart and passion holding the LOL Board for this game will just have to do, no matter the uniform.  As for the guy after the jump?  There's no way in hell he wears that hat tomorrow, unless those are his cans.  But that just plays into our hands. 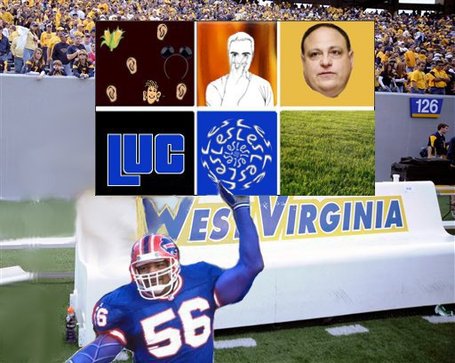 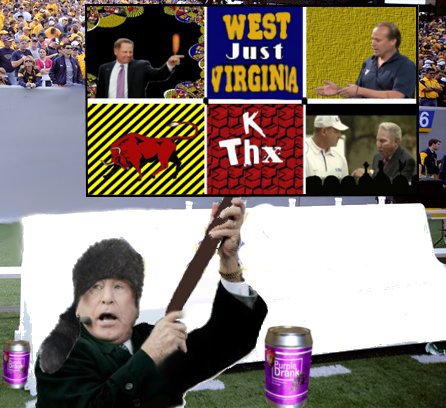 If you didn't get the one up top, read left to right. This one, we point to what's important. LET'S GO!