Share All sharing options for: Countdown To Mountaineer Kickoff 2011: GameCon 12

We have reached the number 12 mark and today we feature, none other than WVU's Director of Athletics, Oliver Luck: 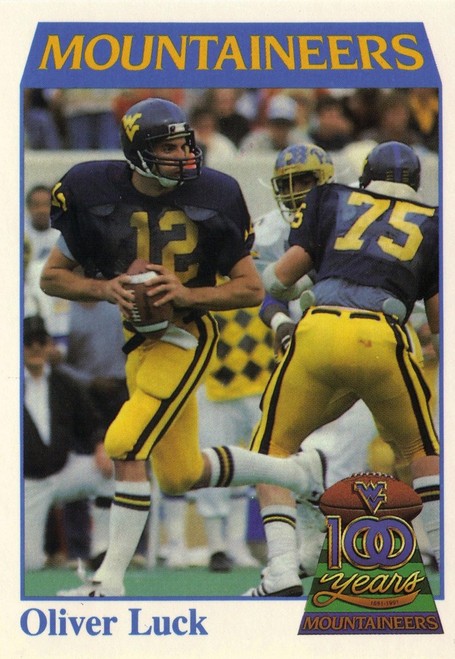 Oliver Luck is more familiar with coaching changes than some may realize, recruited to play for Frank Cignetti, Luck finished his career as Don Nehlen's first quarterback (1978 - 1981). During his playing career with the Mountaineers, Luck amassed 5765 passing yards and 43 touchdown passes with a 51 percent completion percentage.  He also managed 517 yards and 11 touchdowns on the ground.  He played from 1983 - 1986 with the Houston Oilers, starting part of his rookie year before becoming a backup to Warren Moon.  His post football career includes stints as the general manager of the Frankfurt Galaxy and Rhein Fire, President of NFL Europe, CEO of the Houston Sports Authority and President of the Houston Dynamo of the MLS League.  In June of 2010, he returned to his alma mater to become the institution's 11th Director of Athletics.