I recently received several scrapbooks from someone that is a collection of various newpaper clippings of West Virginia Mountaineer sports in the 1950's and 1960's. There is a lot of nostalgia in these scrapbooks that I thought I would share with our readers. Last week, I brought you a picture of 'Hot Rod' Hundley pictured beside Wilt Chamberlain. Today, I have four other photos and the cover of a basketball program from 1962.

First up is former Mountaineer basketball head coach, Gale Catlett. In this photo from 1962, Catlett (22) has the ball in this game versus George Washington. WVU won the game 86-73 to reach the finals of the Southern Conference to play Virginia Tech: 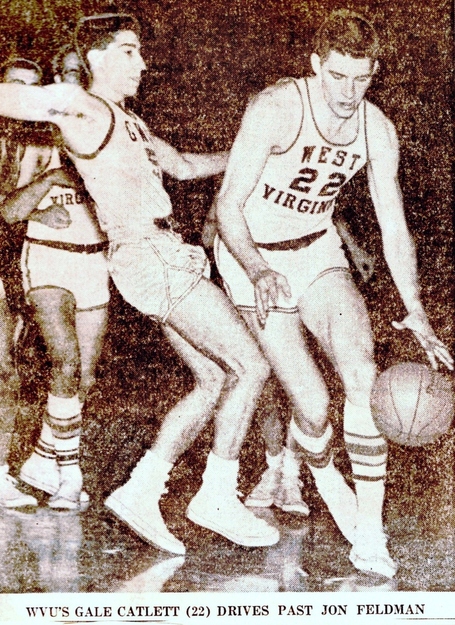 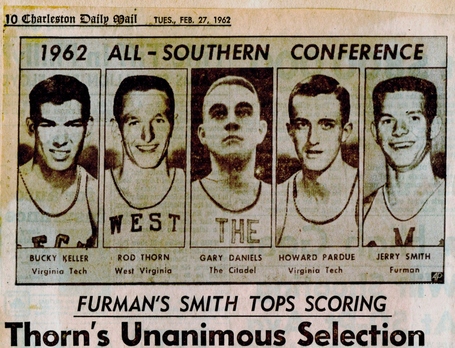 The entire 1963 men's basketball team is pictured below. Rod Thorn (44) and Gale Catlett (22) are kneeling side-by-side in the front row. 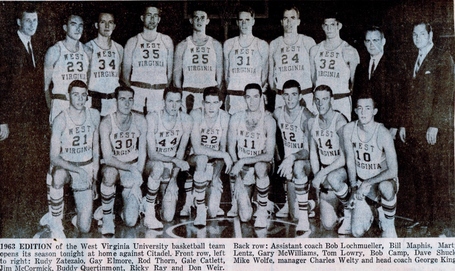 Pictured below is (from left to right) Hot Rod Hundley, Fred Schaus, and Clayce Kishbaugh before a Pitt game around 1959. Schaus went on to coach and work in the front office with the L.A. Lakers. He died in Morgantown on Feb. 10 of this year. 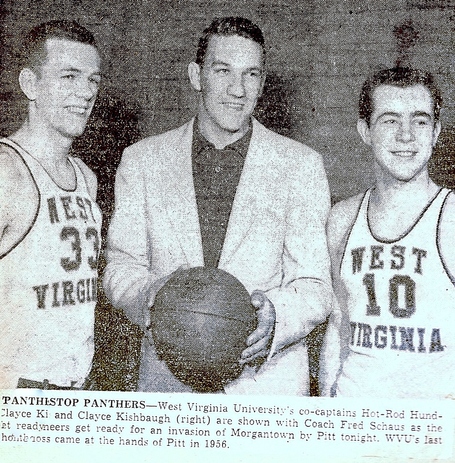 Lastly, here is the full-color cover of the WVU vs. VMI from Dec. 4, 1962 played at the Charleston Civic Center. 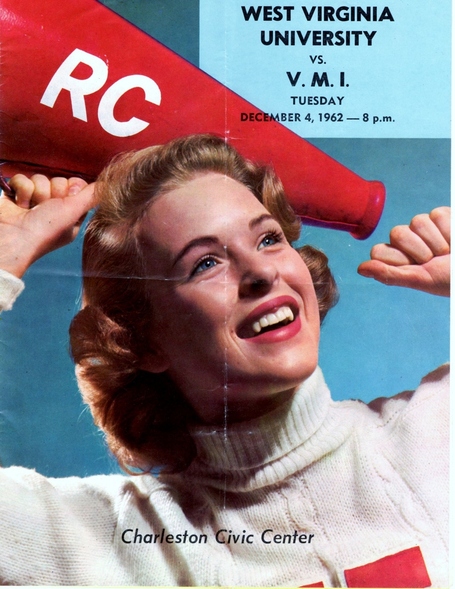 As I comb through these scrapbooks, I'll bring you more pictorials.