Share All sharing options for: Countdown To Mountaineer Kickoff 2011: GameCon 25

25 more days until the 2011 season kicks off against the Blundering Turd and today we feature former defensive back Mike Collins: 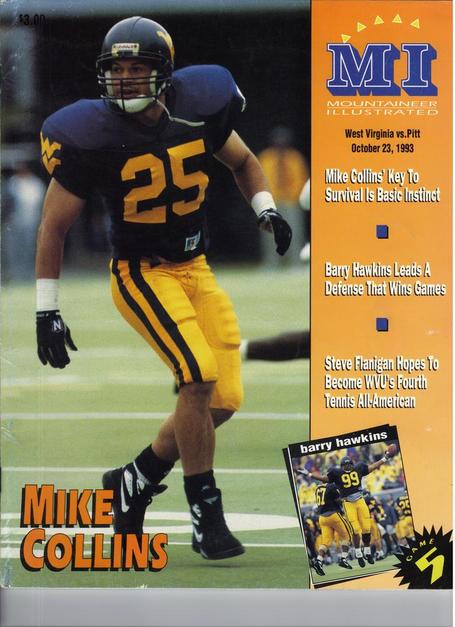 Mike patrolled the Mountaineers defensive backfield from 1990 - 1993.  A defensive anchor for the 1993 undefeated regular season team and forever remembered as a formidable hitter, he racked up 310 tackles (including 216 of the solo variety), 7 interceptions, 1 sack, 6 forced fumbles and 4 fumble recoveries.  Who can forget the 97 yard fumble recovery for a touchdown against Missouri in 1993?  Or him being one of the wrongly ejected Mountaineers in the "Marvin Graves Game" in 1992?