Share All sharing options for: The Shotgun/Throwdown: Monday (3/7/11) Edition 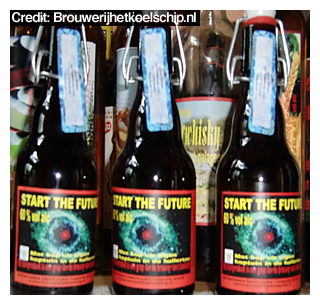 After Saturday's game, the annual descent into The Madness has officially begun.  Being a football fan, first and foremost, it takes me virtually all season to really settle in and focus on basketball.  That said, no time like the present and presently it's Big East Tournament time!!  The defending Big East Champs are on a roll and are looking to sustain that momentum in the "World's Most Famous Arena" later this week.  Perhaps lost in the shuffle of the weekend excitement regarding the men's victory, the WVU women lost in their second round game against St. John's to eliminate them from their BET.  They must now sit and wait until next Monday night, to see if they get to go dancing as well, or if it's the WNIT for them.

If you have any tips, suggestions or requests for content that you think is worth sharing, you can send them to me by email or Twitter and don't forget to "LIKE" the Smoking Musket MAIN PAGE on Facebook (follow this link, then hit "LIKE" at the top of the page).  Many thanks to those who already "LIKE" us.  We now stand at 674.  700 is looming ever closer.  Please, spread the word!!  Let's jump...

VIDEO: WVU Senior Day Highlights - WVillustrated.com
I would have embedded this, but somebody turned that feature off on this one

Rec Center a Second Home for the Mountaineers - WVillustrated.com

Bubble Watch - Andy Glockner - SI.com
Big East checks in with 10 locks and Marquette in the mix

Joe Lunardi's latest Bracketology update - ESPN
Based on this, he has Marquette in, even after Saturday's loss

A look at Saturday's winners and losers - ESPN

Notre Dame 70, UConn 67: A very short March in the offing - The UConn Blog

Pitt Vs. Villanova Basketball: Panthers Win Big East After 60-50 Victory - Cardiac Hill
There's got to be some bad karma laying around for them raising a regular season championship banner right after this game....right?

Everything Hits At Once: Seton Hall 85, Marquette 72 - Anonymous Eagle

Bearcats Route Georgetown by 22 on Senior Day - Down The Drive

Is this where JFlow learned it?

Jay Bilas: "You can't say 'Chicken Shit' on live TV"
Bob Knight: "You can once."

It's the Chinese Boob Clamp:

Today's Miss Throwdown is the actress who plays Minka's friend in The Roommate.  Here's a lovely gallery of Danneel Harris (click on the pic). 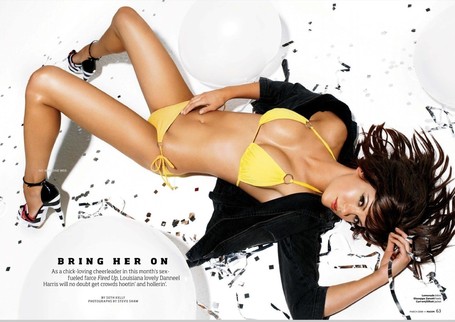 Start the Future image via rohringview.com