Share All sharing options for: Serial Killer Otto The Orange Meets His Match

Last year, just before the WVU/Syracuse game, we exposed Otto the Orange to be a dangerous serial killer.  Little did we realize then, as we now know, that he was in the midst of a homecoming rampage that included South Florida, us and Cincinnati a week later. 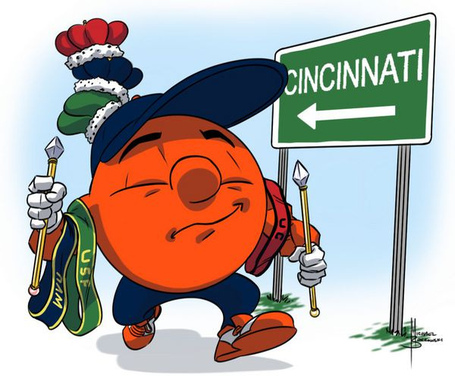 [image by The Borkowski via Nunesmagician.com]

Look at that picture.  LOOK AT IT!!!!  No remorse.  Completely smug, satisfied and hungry for more.  Those may look like scepters, but make no mistake.  Those are deadly spears!

Otto and his trusty sidekick Doug Marrone were able to infiltrate Milan Puskar Stadium last season and leave Morgantown with what was rightfully ours.  But this year, there's a new sheriff in command of WVU Football and he's aiming to avenge last year, bring back the Schwartzwalder Trophy to it's rightful home and bring Otto to justice...once and for all: 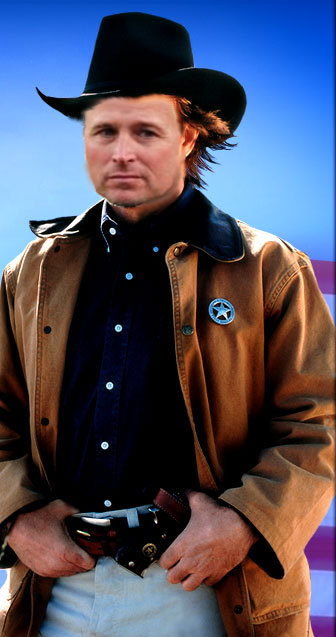 That's right!  It's Holgorsen, Football Ranger!!  And he's bringing Hell Chipotle with him!!