Share All sharing options for: MAC Presentation and Scrimmage Photos

To thank the supporters of the Mountaineer Athletic Club, donors of all levels were invited to attend a presentation Saturday morning by several head coaches, new Assoc. A.D. Keli Cunningham and new Athletic Director Oliver Luck.  The presentation was followed by the final football scrimmage of fall camp before the beginning of classes on Monday.  The offense had the upper hand early, but the defense clamped it down during the second half of action.  Here are some photos: 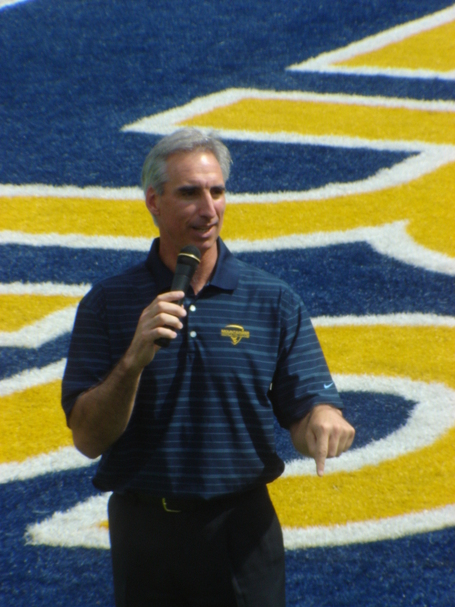 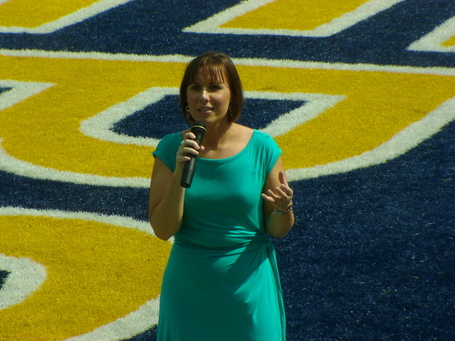 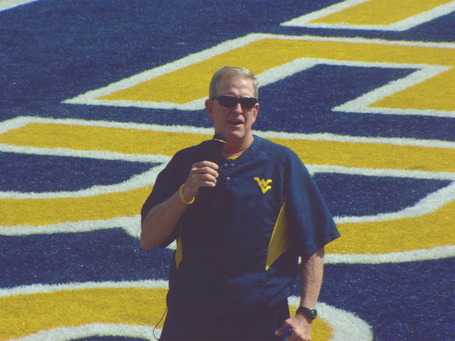 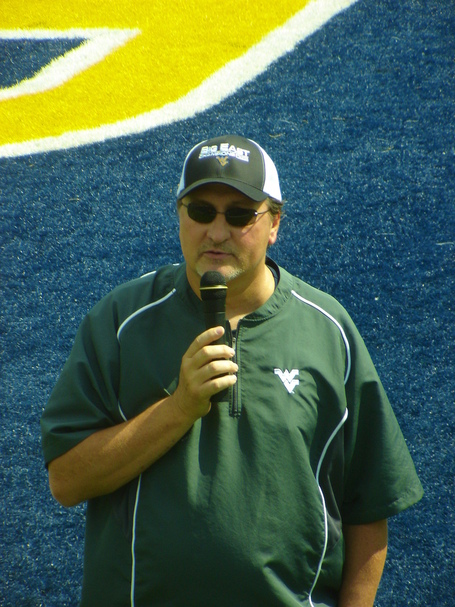 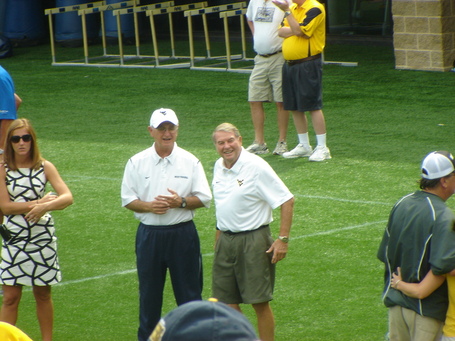 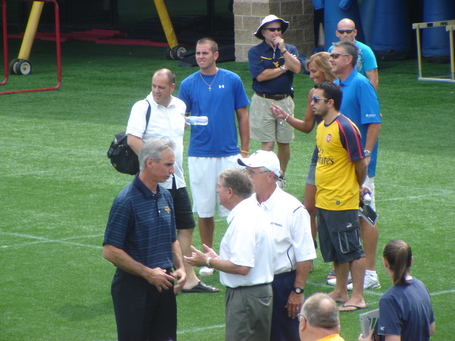 The former pupil listens intently to his former teacher 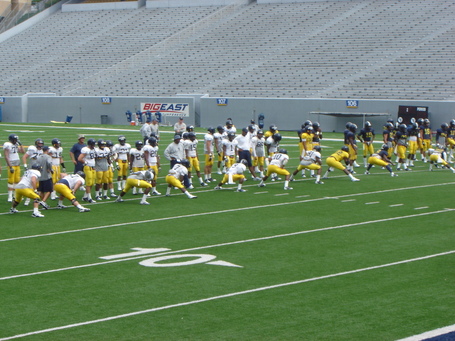 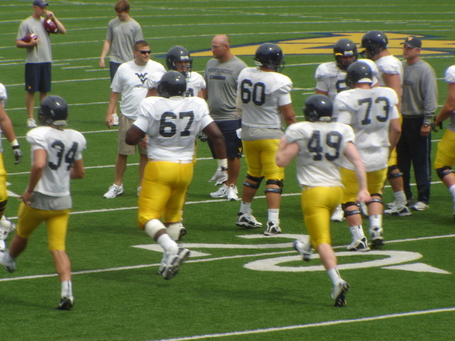 The mass of humanity that is Freshman Quinton Spain (#67) 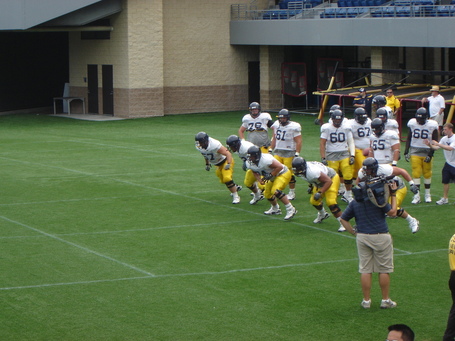 The Offensive Line getting loose 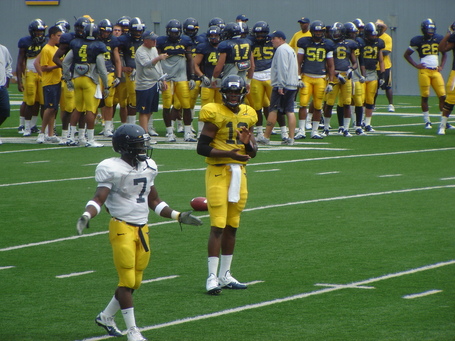 Noel and Geno, with Coach Casteel giving instructions in the background 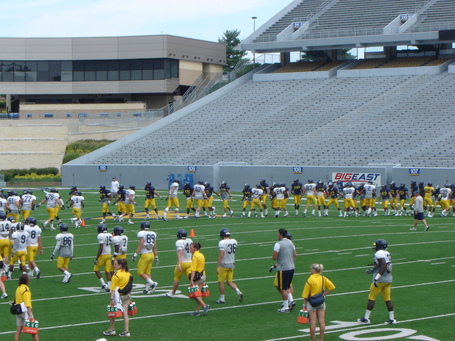 Circle it up, it's time to get things cracking.  "GO HARD!!" 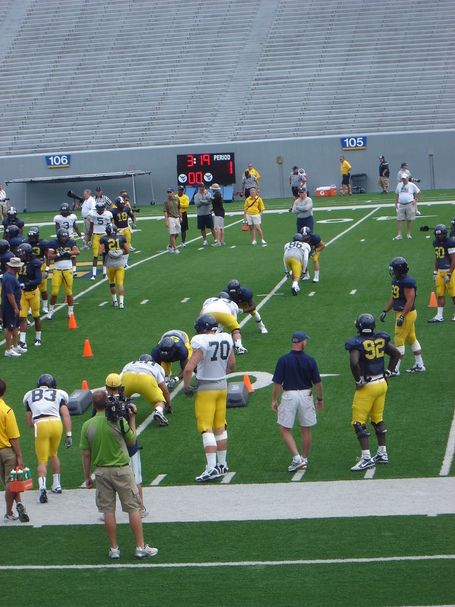 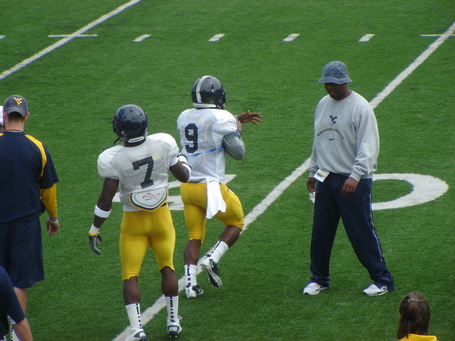 Jock Sanders works on keeping the ball secure as Noel Devine tries to yank it out, with Coach Beatty looking on 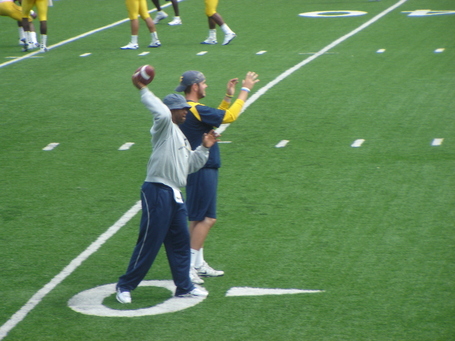 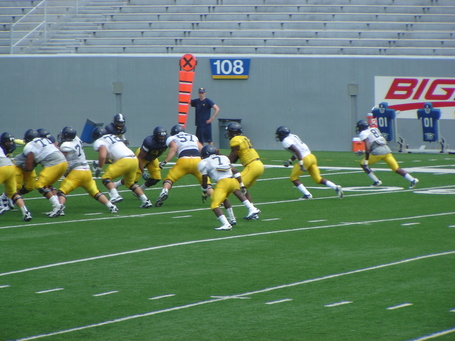 Geno prepares to hand off to Noel 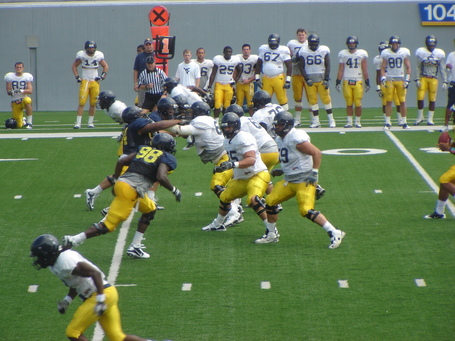 DE Will Clarke on the rush 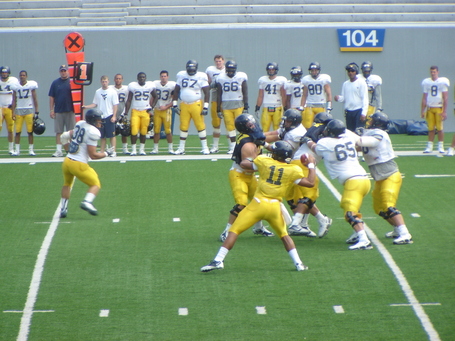 Freshman QB Barry Brunetti prepares to let one fly (one that was acrobatically caught by Coley White, I should add) 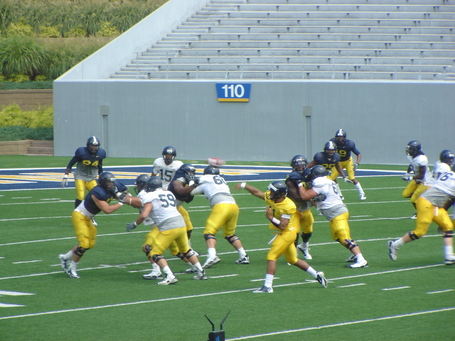 Brunetti lets another one rip 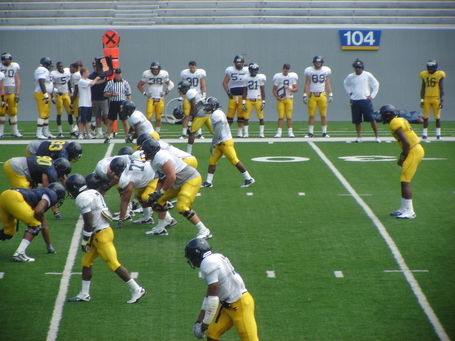 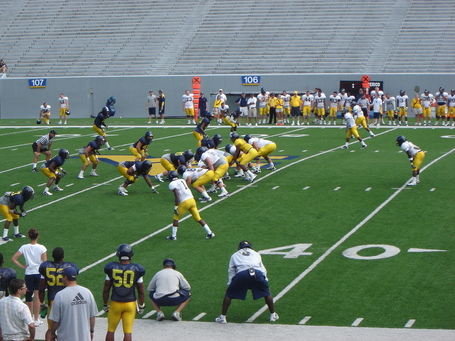 ...and again from under center 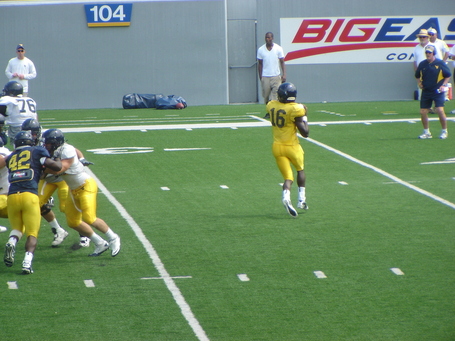 Freshman QB Jeremy Johnson rolls out for a pass 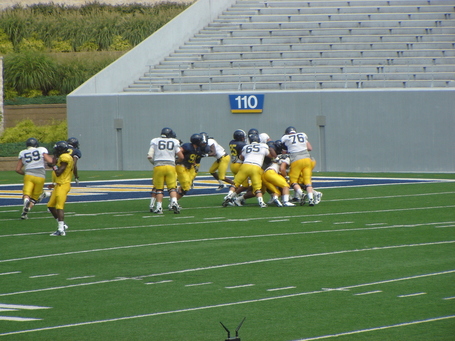 Struggling for more yardage and a gang tackle 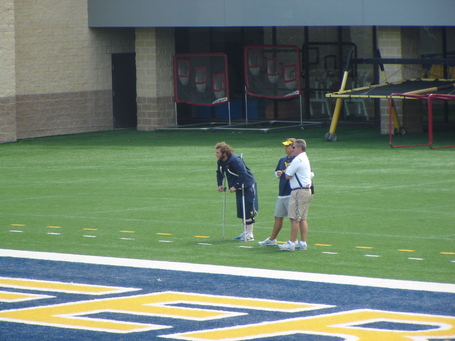 Hobbled LB Pat Lazear watches from behind the end zone 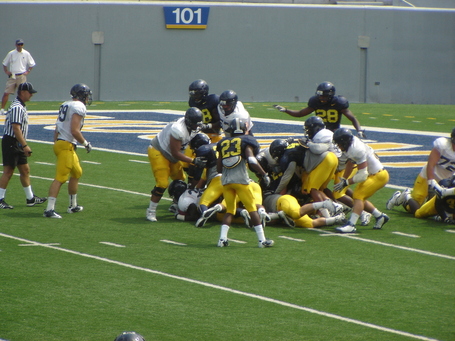 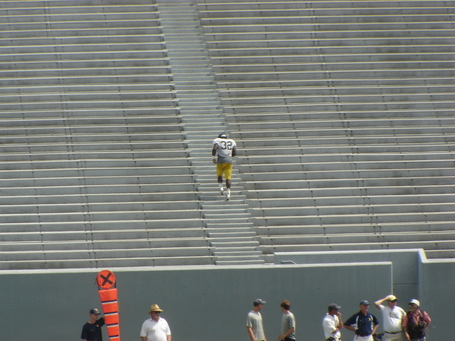 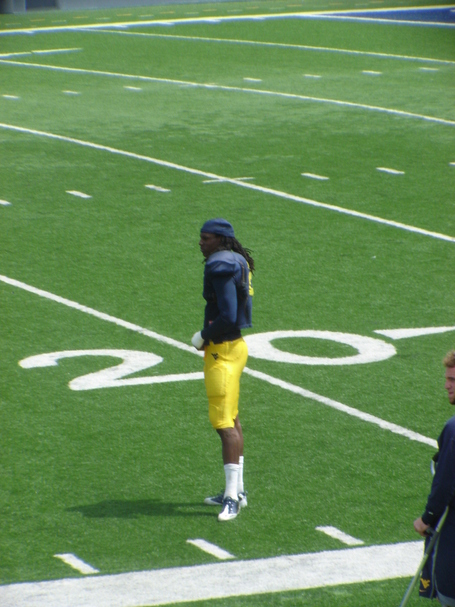 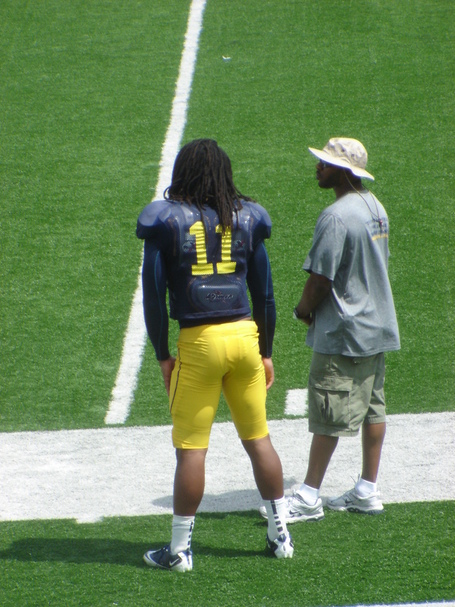 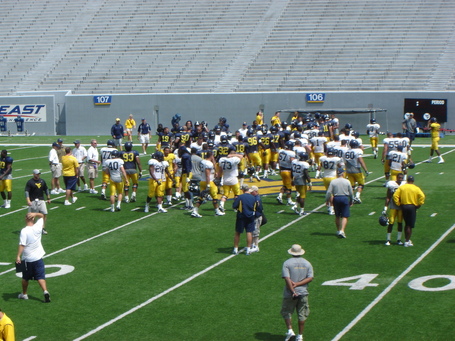 Time to shake hands after some hard work in the heat 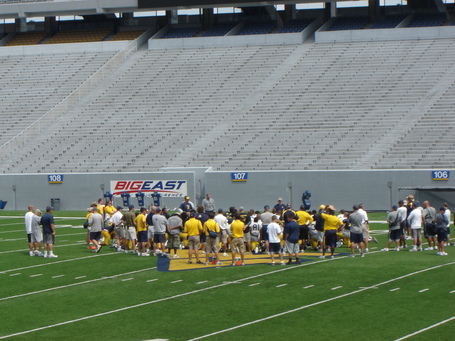