Share All sharing options for: The Shotgun/Throwdown: Monday (3/29/10) Edition

Welcome, By-Godders, to the Shotgun/Throwdown, WVU's nationally recognized best place for sports links, information, sophomoric humor and daily distractions. We're being brought to you today by Black Sheep Ale, in honor of today's Miss Throwdown, our black uniforms and our appearance in the Final Four.

It just keeps getting better and better. I used the term "black sheep" not because of my opinion, but the seemingly national opinion (see THIS FanShot). I have a feeling this is going to be a fun week of coverage. I love the tips, suggestions and requests. Don't forget to VOTE. Exotic Eight voting ends tonight at 8 EDT with the Fantasized Four revealed sometime after 9 pm EDT. Let's jump in...

Something For Everyone At 2010 Final - NCAABB FanHouse

A Sense of Purpose - MSNsportsNET.Com

Upstarts like Louisville eliminated many of the favored - 03.23.59 - SI Vault
Article from the SI vault of WVU's last Final Four appearance

I couldn't resist posting this after it was emailed to me: 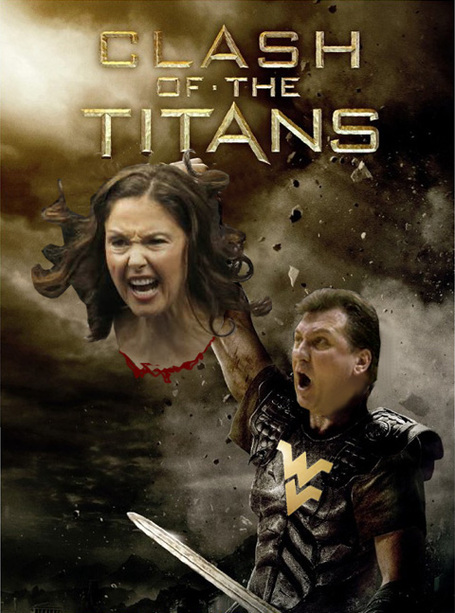 Final Four nice but it's not enough - Charleston Gazette

John Clay: What will Calipari do for an encore? - Lexington Herald Leader
Re-stock with questionable recruiting and lose in the 3rd round next year maybe?

This never gets old...

NCAA Analysis of the Week:

Today's Miss Throwdown is a model from the UK and has been featured in a certain "bunny mag" (UK edition). I had to dig a bit for a SFW galley. Here's Gemma Massey.