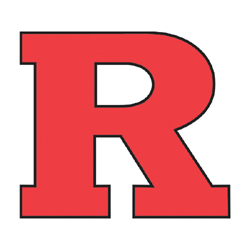 PARK RIDGE, IL (AP) -- Rutgers University, the flagship school of the state of New Jersey, has reached an agreement with the Big Ten Conference to become its twelfth member institution.  Rutgers will leave the Big East Conference, its home for academics and athletics for the past eighteen years, effective August 1, 2010.

"Rutgers brings a long history of excellence to the table.," said Big Ten Conference commissioner Jim Delaney. "They were a part of the first football game ever (in 1869), a game that Joe Paterno has personally assured me was well-played by the Scarlet Knights.  We're very proud to have them as the newest member of the Big Ten Conference."

Since beginning their conference affiliation with the Big East in 1991, Rutgers has failed to win a conference championship in either football or basketball.  In fact, it was not until 2005 that they first posted a winning conference record (in football).

"Also, we're pretty sure they have a basketball program,"  Delaney continued.  "Though, if anyone has any more solid information on this, we'd appreciate a call to the Big Ten office.  We're offering a $100 reward to the first person who can positively identify a Rutgers basketball player or coach, past or present."

The Associated Press is able to confirm that Rutgers does, in fact, possess a basketball program.  Though details are sketchy, it seems as if they also compete in the Big East and have compiled a total of eight conference wins in the past three years.

When reached for comment, Big East Conference commissioner Mike Tranghese was less than upset over the departure.  "Sure, they won the first football game ever, but have they won one since?  Well, of course they have -- but you paused and thought about it, didn't you?  See, that's Rutgers football for you."