McShay Does It Again...

Share All sharing options for: McShay Does It Again... 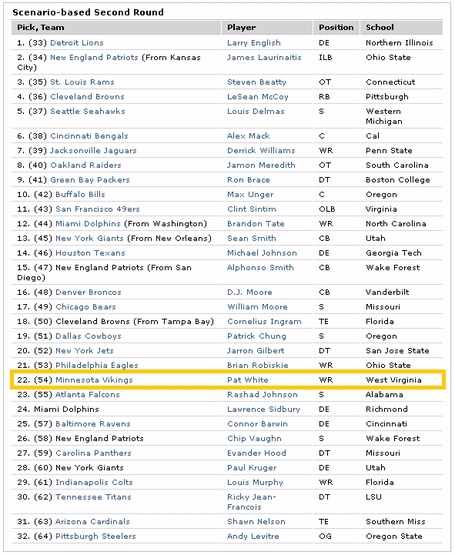 Todd McShay has yet again succeeded in pissing me off.  This time it is over something small - no he did not expose himself to me - but significant nonetheless.

First, I will give him credit for finally come to the realization that Patrick White is a superb athlete and has a future in the NFL.  This is seen in McShay's recent "Mock Draft" in which he moves Patrick into the second round.  Good job Todd, you are not a complete idiot.

However, my praise ends there because McShay McGay has White listed as a WR.  Are you serious?  Every other scout in the country has White as the fourth QB in the draft.  Listing him at WR, a position he has the skills to play but has shown time and time again that he does not want to play, just shows that you cannot get over the fact that he did not listen to you during WVU's pro-day workout.

Get over it McGay.  He will be a QB in the NFL and you will have to eat crow for years to come.