Why Beating Marshall Is An Annoying Task

Share All sharing options for: Why Beating Marshall Is An Annoying Task 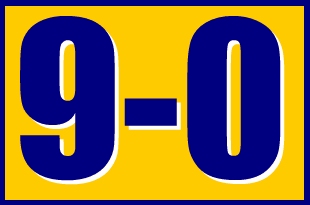 I am sure 5th Year Senior will be along later today or tomorrow with his game grades, but I thought I would take a moment and relay my frustration with this game.

We really can't win.  When you face an opponent that will consistently make excuses for all losses, feel pride and honor in simply covering the spread, then taunt you like the game never happened, how could we possibly win?

Just since the end of the game yesterday evening, I have received texts and Facebook messages exulting the "close call" that Marshall put on the Mountaineers.  In their eyes, seventeen points with WVU forced to play their true-freshman QB really is close.

Even the Herald-Dispatch gets into the act, failing to mention anything about "an injured West Virginia starting quarterback" until the third paragraph, still waiting to the ninth paragraph to mention Jarrett Brown by name.  It's like it never happened.  Marshall had gone up to Morgantown, played the Mountaineers at full-strength, and by-god did they cover the spread.  Until the buried line that tells you that wasn't true at all. (Note: nowhere is it mentioned that the hits on Brown were both obviously helmet-to-helmet and thus, illegal).

Marshall fans, coaches, and players will talk of "missed opportunities," not allowing a true-freshman to dominate your secondary.  They will talk about "containing Noel Devine," nevertheless he ran for over 100 yards and averaged more than five yards a carry.  They will, of course, fail or delaying mentioning the horrid day of RB Darius Marshall, who was held to 82 yards on 25 carries and a key fumble.

Marshall TE Lee Smith, the absolute thug of a player that consistently jawed and continued hits well past their expiration, summed up Marshall's thoughts in a telling quote:

"There's no question," said Smith somberly. "I think their backs would have been against the wall. And, then, they would have had to do things outside their comfort zone.

"If we would have gone up, 14-0, they would have had to do things they weren't comfortable doing. And I think our defense would have beat up on them pretty bad."

Honestly, sometimes I wish I lived in Huntington, able to drink that green Kool-Aid that gives you the power to completely rewrite the script after the conclusion of a 17 point loss.  But just when that sounds like a good idea, I wake up to a reality that WVU is still undefeated against Marshall, with the average score of 35-10 since the series resumed in 2006.

Unfortunately, for my sanity, I don't think Marshall fans will ever wake up.  They will continue to live in a dreamworld that is still filled with MAC Championships and "missed opportunities" against their big brother up north.