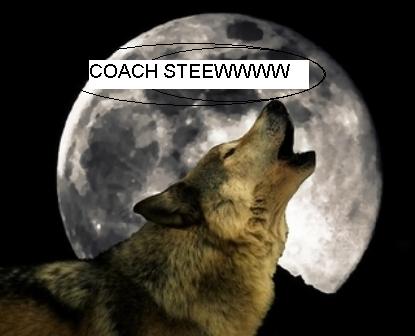 After a loss that showed little to no positive movement, there are those that want to give up. You can call me whatever the hell you want (a homer, lover of mediocrity, or sexy), but I am standing by HCBS. I am not supporting him because he is a good man. Rather, I see the positives of this season and think to throw that away would be silly.

Like many of you, Charley and 25314 have been on the fire HCBS bandwagon since our tough loss to Colorado. This season, after defeats, this site and other crappy message boards blow up. People come out of the wood work wanting heads to roll. However, after victories you can hear a pin drop because nobody wants to give credit where credit was do.


The complaints I hear and agree with, all stem from offensive production or the inability to properly use timeouts. The other stuff is superficial, middle school girl, bullshit. "He needs to look better on the sidelines, he should yell and scream more, or why doesn't he whiten his teeth." Who gives two shits about those things other than US Weekly readers? Recruits sure don't seem to give a damn if he knows how to use a headset or not.

This season did not come close to living up to the unrealistic expectations many of us, including myself and HCBS, piled upon this team. If it wasn't for these expectations, I feel as if many of you would not be as mad as you currently proclaim you are on a daily basis. Get over it, we were all wrong to expect a national championship this season. Hell, it is WRONG to "expect" a national championship in any season.

Many of these coaches and players worked their asses off to reach their goal of a Big East championship and a BCS bowl birth. Some of their hard work was parlayed into terrible results (Mullen, Johnson, and the offensive line). The others overachieved and turned a weakness into a strength (Casteel and his staff, Chris Beatty, and Brandon Hogan). Don't throw it all out because you are mad about being wrong.

No matter what any of you say, I am not going to change my mind about supporting Smilin' Bill, this year. Charley and I battled it out at a fine eating establshment on Sunday and I am standing firm. You give head coaches more leeway than assistants.

As I have said before, I agree with many of the points y'all bring up but I do not think they lead to the head coach being fired. Yes, he hired Mullen and Johnson but he also brought in a defensive coaching staff that turned a question mark into a top 30 overall defense.

My Stage 6 for reconstruction and working through is to fire Mullen and Johnson. All of our troubles can be tied to a lack of any offensive scheme and the inability to win the battle up front. We should bring in Taffe or try to get a young buck like Major Applewhite to run our offense. Then bring in someone who has actually coached the offensive line. Could we lure Trickett back with a huge contract?

The thing that underlies all of our anger is that other schools always seem to have their day in the sun, while we are left in the darkness. We have climbed to the top a few times only to fall back down the huge Mountain. As Mountaineer fans, all we have is hope that one day all our hard work and support will pay off. Firing head ball coaches after one winning season is not a way to climb back up that mountain. It is a way to end up face down in a creek.