Someone Dropped Their Pacifier

Share All sharing options for: Someone Dropped Their Pacifier 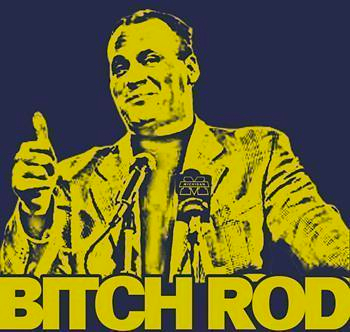 OK, so let's say you're a hypothetical college football coach at a very high-profile, prestigious program. You were lured away from your alma mater just last year, paying millions of dollars in buyout money. On your way out, you complained that the alma mater and its fans -- people that attended games and donated in record numbers, mind you -- didn't show you the type of love that you felt you deserved. Then, at your new school, you possess an abysmal 2-8 record in your opening campaign. Not only are fans angry at you, but boosters have become incresingly critical of your stubborn and unrelenting demeanor.

OK, so let's just say you're this hypothetical coach. As said coach, do you say the following in your weekly press conference:

"It's amazing some of the things that people would say [on a message board] or yell at you of a personal nature," Rodriguez said Monday. "You almost want to tell them, 'Get a life.'