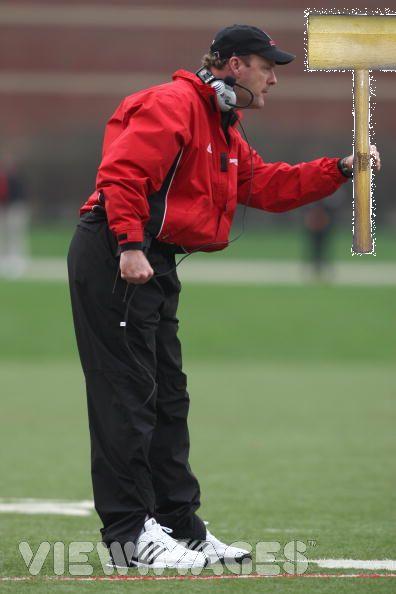 Louisville's Steve Kragthorpe has been under fire since the first day his team stepped on the field at their pizza-is-too-doughy stadium. I don't know why, though. With a name like Kragthorpe, I would be afraid of his death club and getting the stigma of a bigot if I criticized him too much.

During his first year, the team could not "get up" to the level set in previous years. This year, Louisville's troubles are all political.

You see, The Krag has been distracted recently, collecting monies and organizing a number of Prop. 8 protests across the nation. What, you didn't know he swung that way? Watch his hands when he talks -- they are fluttering all over the place. It is obvious. Just ask Charley, he is an expert about all that stuff (ed. note: fuck you 5th Year). 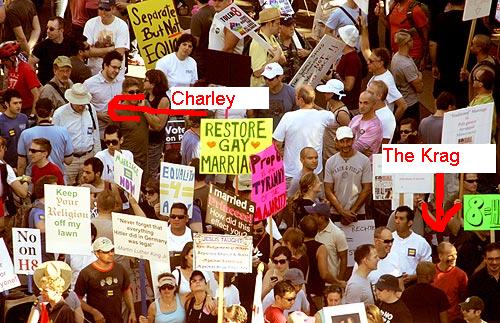 If you heard about the old couple with crosses that were beaten up at the Prop. 8 rallies in Califorina...that was The Krag. Those old timers should've known that, if you get in his way, you will get a pounding, especially the guys (zing!). Now, with all the protests and voting done, he can focus all his rainbow power on the Mountaineers.

I just hope we are able to avoid the distractions and traps The Krag has planned for us this week. If we have had trouble coming out pumped up in weeks past, it could be impossible this week with all the floral arrangements and peace fountains in the visiting lockerroom. Not to mention, the mani/pedi's The Krag has scheduled for us at halftime.

HCBS understands what lays ahead for his troops, "They are flaming down there right now." "I have never seen a team focus so much on blindsiding us with penetration." "We are going need to protect Pat's backside all game." Then he laughed.

I just hope the Mountaineers are ready come Saturday, because if not, they could take a very unpleasant pounding.