Auburn: They Are Not Worth Your Hate, Only Your Pity (and Even Then Not Really)

Share All sharing options for: Auburn: They Are Not Worth Your Hate, Only Your Pity (and Even Then Not Really) 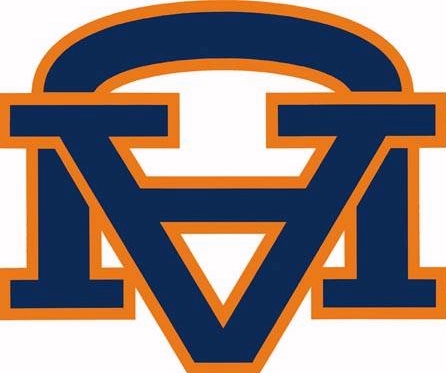 I am writing to you today at the behest of Mr. Charley West, whom you may know as the author of the blog you are currently reading. Mr. West contacted me earlier in the week in an attempt to procure some "shit talk," as he so eloquently put it, from a fan of the biggest rival of your upcoming opponent, the Auburn War Eagles Plainsmen Tigers or, as we affectionately refer to them, "Little Sister." Specifically he requested a brief post explaining why Alabama fans hate Auburn and why you, as fans of the Mountaineers, should as well.

As I explained to Mr. West, this is actually a tall order, considering Alabama fans are, by and large, routinely unable to muster the necessary concern towards our wayward neighbors to actually feel anything about them beyond apathy, annoyance and, in the cases of the truly kindhearted, pity. I won't lie and say that losing six in a row hasn't raised the choler of many of us, myself included, but at the end of the day they are, in fact, still Auburn, destined to live in the shadow of the Crimson Tide no matter what their successes or our failures.

Consider: Since 1996, the year Gene Stallings stepped down as the head coach of the Crimson Tide, Alabama has seen more turmoil in just over a decade than many programs have seen throughout the course of their entire existance. Five different coaches have been hired in that time span, with two of them being derailed by sordid sex scandals (one of whom never even coached a down because of it), one of them abandoning the program due to impending NCAA probation, and one landing the job by virtue of having played quarterback for the school in the 80s and not much more. The program was run into the ground and embarassed by all means imaginable, while Auburn rose to the ranks of the SEC "elite" during that time, and yet all of the focus remained on Alabama.

And it's no just that they can't get any respect in the state of Alabama, they're a mere after thought around the rest of the country as well. During their undefeated 2004 SEC Championship season, they were left completely out of the national title discussion, while in subsequent years a one loss Florida and a TWO loss LSU team would get into the national title game by virtue of being the SEC Champion alone. When losing to unranked Arkansas to close out the regular season is less of a black eye than beating the Citadel (a weak schedule was the rote answer to why Auburn didn't deserve to play for the MNC in 2004), you should probably get the hint that no one cares about you or your football team, no matter how good they may be.

I'm sure it's been hard on them, constantly having to remind everyone how good they are and how they are deserving of your favorable attention. And I'm sure it's even harder for them now, after puffing their chests over super QB Kodi Burns and the nigh invincible Tony Franklin Spread tm, how Alabama's time is done and not even someone like Nick Saban can resurrect the Tide, and how they are the favorites to win the western division and should be included in any talks concerning the national title, only to wake up and realize that their offense is horrible, all that time The Great Savior Tommy Tuberville spent duck hunting in Arkansas should have been spent trying to land at least one decent recruit. And that Nick Saban has Alabama at 7-0, ranked #2 in the country, and in every discussion concerning the national title after only one year of rebuilding.

So no, we do not hate them. To hate them would show them the respect of actually caring about them, and considering no one else does, why should you? Good luck tonight, Mountaineers. You probably don't need it.

P.S. Your comments section will be flooded with pithy rebukes like "SIX IN A ROW" "BAMMERS IS STUPID" and, our personal favorite, "BEAR IS DEAD" within five minutes of this being posted. Fair warning.