Why Is Everybody Always Pickin On Us?

Share All sharing options for: Why Is Everybody Always Pickin On Us? 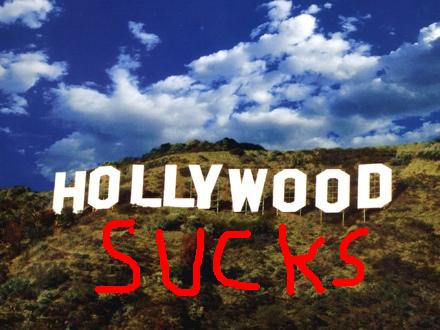 The state of West Virginia has to constantly ask the above question when it comes to commercialization of our perceived "incestuous-racist-hillbilly" way of life. Whether it is shirts at Abercrombie or films from Hollywood, they love to sell the fact that we are horrible people. People say, "Take a joke, relax, it was all in fun." Yeah, big fucking joke, making an entire state look like a bunch of racist cocksuckers, HAHA.

This Friday, "The Express" opens in theaters nationwide and there is some drama brewing. The film, which is "based on a true story," contains a scene based in Morgantown that is absolute fiction. In the scene, Ernie Davis and his teammates have racial slurs and garbage tossed at them when they play at Mountaineer Field in 1959.

However, a quick look at history shows the Orangmen did not visit Mountaineer Field that season. While they did visit good'ol Mountaineer Field in 1960, a quick talk with people who were at the game paints a much rosier picture of what actually occurred. [Credit for the quotes goes to Matt Thompson's Daily Mail article]

Now in his 62nd year of writing about WVU football, Mickey Furfari was in the press box, covering the game for the Morgantown Dominion-News.

"It's stupid," Furfari said of the scene. "It's pure fiction. The moviemakers should be absolutely ashamed.

"I am a strong believer in the First Amendment and of course it gives people the right to express themselves in truly idiotic and embarrassing ways. This is certainly an example."

Easterly saw "The Express" at a critics' preview last week in Tampa.

"I apologize to the people West Virginia because that did not happen," Easterly said. "I don't blame people in West Virginia for being disturbed. The scene is completely fictitious."
Everyone that said take joke were right with the Abercrombie shirt, it was a joke. However, when a film is "based on a true story," people will more likely than not think the events in the movie actually occurred. This will go even to perpetuate the myth that we are a state full of racist rednecks. Sure, we have some racist rednecks but we also have people that just hate everybody equally.

I don't know about you but when I travel people who have not visited the state have a mostly negative impression of life in Almost Heaven. They come up with the original line of "Wow, you have all your teeth." That makes me want to punch them in the mouth and say, "Yeah I have all my teeth, but now you don't bitch."

I'm a handsome gentlemen that likes to get a little cheesy sometimes but I'm not going in that direction here. I just want to end by saying that I am no longer going to pay money to see this film. Instead, I'm going to sneak into the theater, with candy from Wal-Mart, and talk on my cell through the scene about WVU. I encourage you all to do the same. We'll show those Hollywood pricks what a WBGV boycott is all about.

Power to the people...